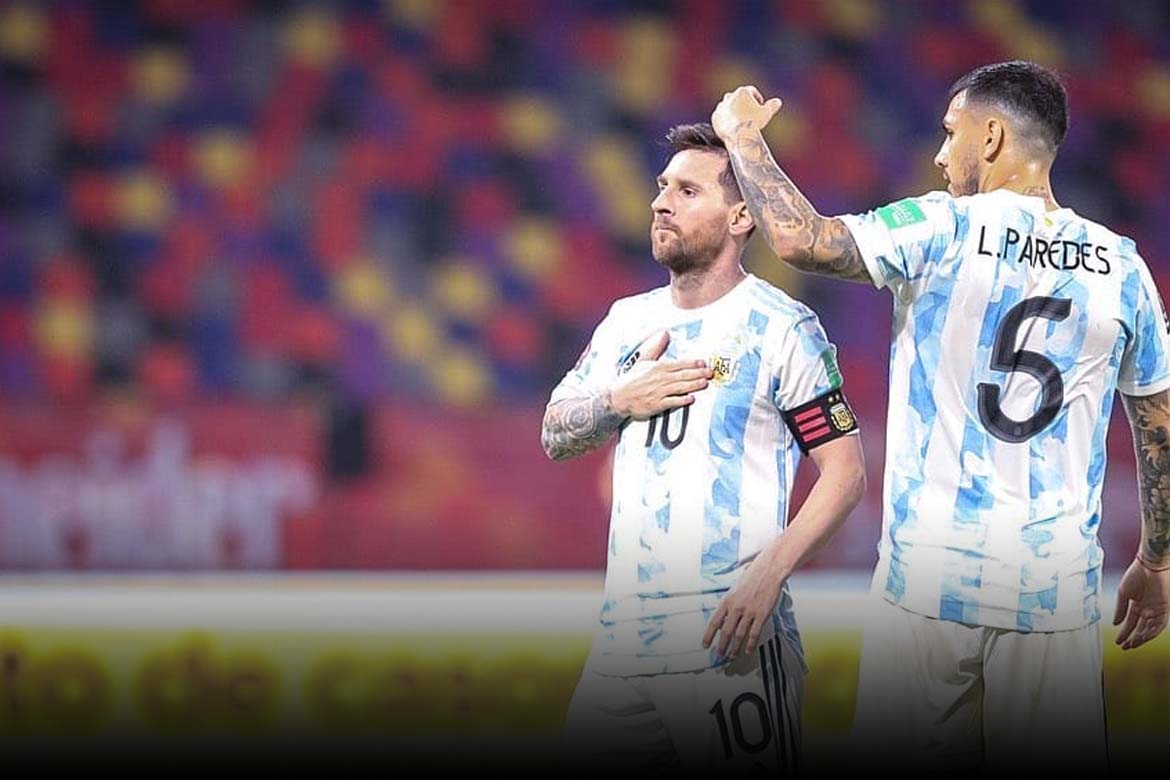 Argentina were awarded a free kick early in the match and it was Rodrigo De Paul with the cross into the penalty area. The ball found Cristian Romero and his header beat Ospina to give Argentina the 1-0 lead.

Leandro Paredes would double that lead just minutes later. Paredes would dribble past several Colombia players inside the penalty area and his shot would make it 2-0 with both goals coming in the first 8 minutes of the match.

With Argentina leading 2-0, they would start to move the ball around and nearly got a third. Gio Lo Celso started a counter attack as his pass found Lautaro Martinez. The Inter man would have his shot saved and it would fall to Nicolas Gonzalez but his shit would hit the side netting.

A very dangerous play would result in an injury to Emiliano Martinez. Colombia crossed into the penalty area and Emiliano Martinez grabbed it but contact by Mina meant the the goalkeeper would fall, slamming his head onto the pitch. He would stay down for well over 5 minutes before being stretchered off and replaced by Agustin Marchesin.

With the score at 2-0, it was a Colombia counter attack but a tackle by Cristian Romero as he would get a yellow card. It was Romero’s second yellow of the World Cup qualifiers meaning he will miss Argentina’s next qualifying match vs. Venezuela in September.

Several great saves by Colombia goalkeeper Ospina kept his team in the match until the very end.

Lionel Scaloni made several changes in the second half. Exequiel Palacios was brought in for Gio Lo Celso, Cristian Romero for German Pezzella and Nicolas Gonzalez was taken out for Juan Foyth.

Scaloni’s team was leading 2-1 as Juan Foyth was on the ball with seconds left in the match. He was disposed near the area as a cross was sent in and Colombia scored with the last play of the game to draw level.