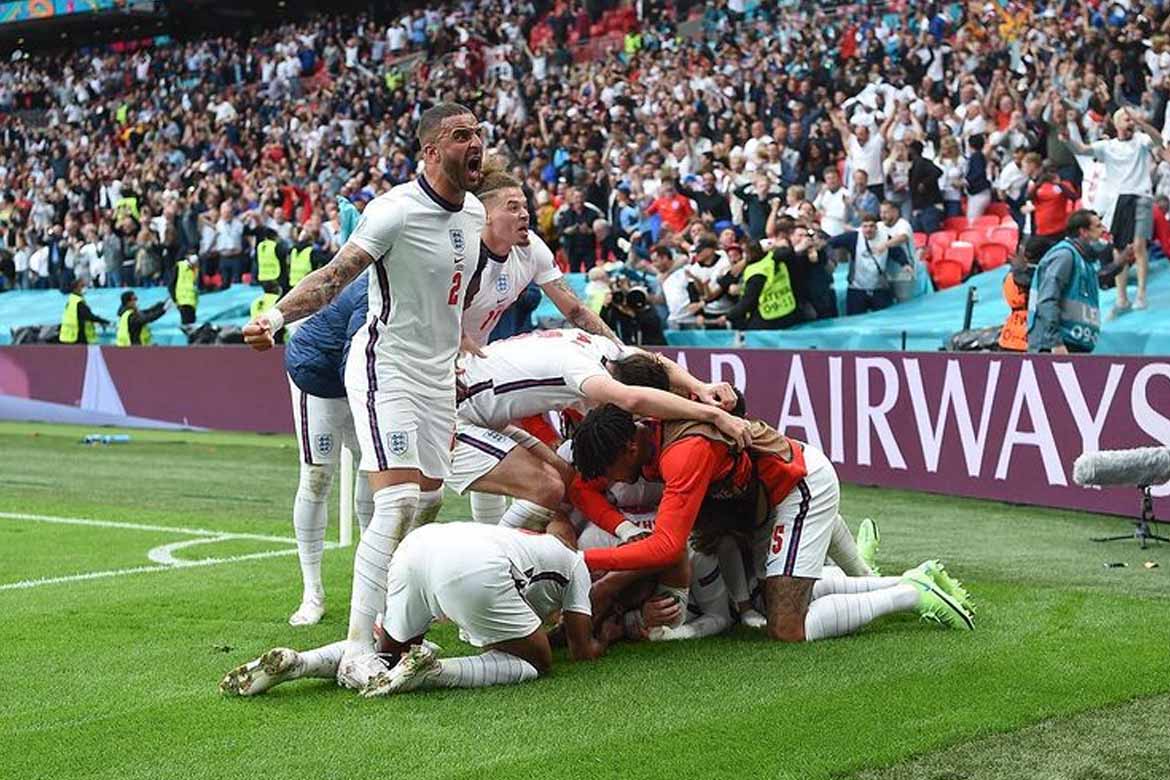 Harry Kane finally got off the mark at Euro 2021 as England booked a place in the quarter-finals with a win over Germany.

England claimed their place in the quarter-finals of Euro 2021 as they beat rivals Germany 2-0 at Wembley Stadium.

Raheem Sterling grabbed his third goal of the tournament to put the Three Lions ahead from a well-worked move in the second half before Harry Kane opened his account with a late header.

Gareth Southgate’s side will now face Ukraine in Rome as they look to match 2018’s run to the World Cup semi-finals.

Southgate’s decision to play a five-man defense and two holding midfielders was a cautious one but England did start the game brightly.

Sterling tested Neuer in the 16th minute, cutting in from the left flank and finding room to unleash a drive towards the far corner which the German keeper did well to get across to.

Much of England’s probing was coming from Kieran Trippier down the right and he found Harry Maguire in a promising position with a lofted ball to the back post but the center half’s header was over the bar.

Germany was enjoying plenty of possession in midfield with England sitting deep but they provided a warning of their threat when Kai Havertz slipped through Timo Werner, although Pickford was out quickly to smother.

Just before the break Matt Hummels had to intervene quickly to clear as Kane looked to pounce after Sterling’s burst into the box had caused chaos.

After the interval, Germany sensed England had lost their way and came close when Havertz’s powerful drive was superbly tipped over by Pickford.

The game was in the balance but then came Grealish, whose name had been sung by the England fans throughout the game and who lived up to those hopes and expectations by providing the spark England had been missing.