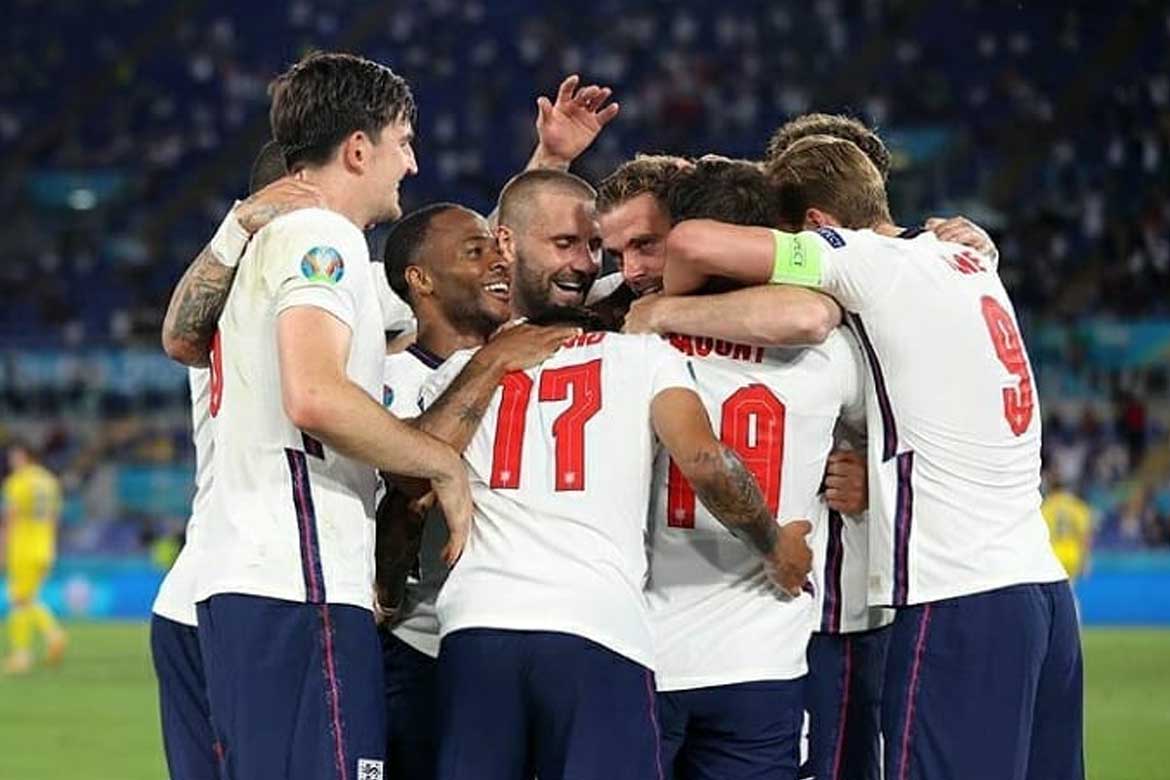 England defeated Ukraine by 4-0 goals and entered semi final. Which will be play against Denmark on 8th July

England was riding the crest of a wave after beating Germany in the last 16 and, in their first game away from Wembley this tournament, took the lead inside four minutes when Raheem Sterling played in Kane.

That was England’s earliest European Championship goal since Michael Owen against Portugal in 2004 and the Three Lions added two more quickfire goals to their tally in the first five minutes of the second half through Harry Maguire and Kane.

Substitute Jordan Henderson’s first international goal gave Gareth Southgate further reason to cheer as his side kept their fifth clean sheet in a row from the start of the tournament, something only Italy has previously managed at a World Cup or Euros.

Sterling and Kane scored in England’s last-16 win against Germany and the pair combined for their side’s early opener in Rome, the Manchester City winger threading the ball through for his team-mate to poke past Georgi Bushchan.

England had failed to win any of the previous five European Championship games in which they had scored in the opening four minutes and they were given a warning when Jordan Pickford was tested by a Roman Yaremchuk strike.

The Three Lions continued to dominate possession but their only other on-target attempt of the first half came via a powerful Declan Rice drive that was routinely dealt with by Bushchan.

Ukraine was making just their second quarter-final appearance at a major tournament and ended the opening period on top, though they found themselves further behind 55 seconds into the second half when Maguire headed home.

Luke Shaw set up that goal and also played in the cross that Kane headed through the legs of Bushchan for England’s third, effectively killing off the contest with 40 minutes to play in the Italian capital.

England continued to search for goals and Henderson, just six minutes after replacing Rice, made the most of some terrible Ukraine defending to head in a fourth for Southgate’s side, who had little trouble in seeing out the win.