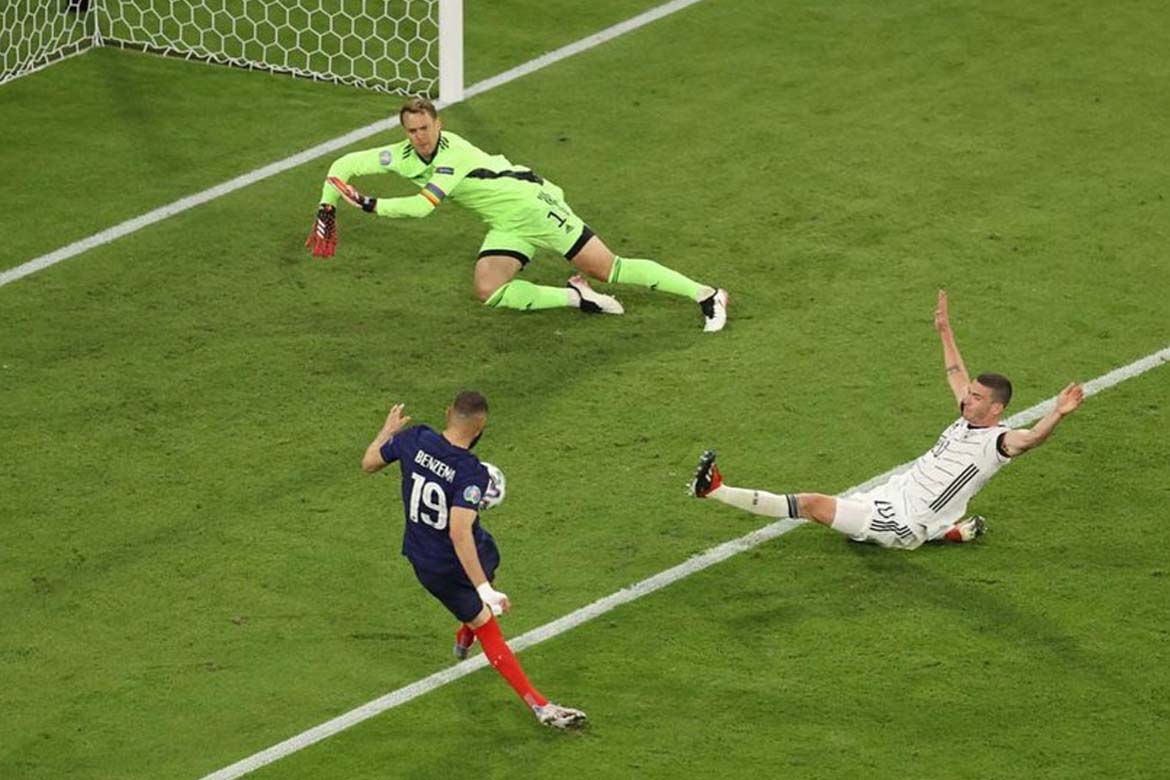 Mats Hummels’ Germany comeback was marred by an own goal as Euro 2020 favourites France started their campaign with a 1-0 victory in Munich.

Hummels, who scored the winner when Germany knocked France out of the 2014 World Cup, had been in international exile since 2018, yet his return hardly went to plan as he turned into Germany’s net 20 minutes into the Group F encounter.

Joachim Low’s side never seemed to settle against France’s press, and were perhaps fortunate to see Antonio Rudiger go unpunished for a possible bite on Paul Pogba.

Kylian Mbappe and Karim Benzema had goals disallowed for offside, but Les Blues – who also hit the post through Adrien Rabiot – were not made to pay as they went unbeaten in a Euro opener for a ninth straight time.

A scrappy opening should have been punctuated by a France goal, yet Paul Pogba sent a free header over after meeting Antoine Griezmann’s excellent corner.

Making his 100th start for Germany – the first goalkeeper in the nation’s history to do so – Manuel Neuer had to parry Mbappe’s strike as France purred.

France soon had their opener, however. Mbappe was well placed to finish from Lucas Hernandez’s cross, but instead, it was Hummels who sliced into his own net with Germany’s defense caught a cold by an exquisite Pogba pass.

Thomas Muller wasted an immediate chance to equalise, before Pogba seemed to complain Rudiger had bitten him, though the replays were inconclusive.

France looked all set to double their lead early in the second half, only for Rabiot to hit the near post from close range after ignoring a simple pass to the waiting Griezmann.

A delayed offside flag denied Mbappe a spectacular solo strike in the 66th minute, before the Paris Saint-Germain star skipped beyond Hummels with ease.

To his credit, Hummels recovered with a last-ditch tackle, and though Benzema then had a goal on his major tournament comeback disallowed, three-time champions Germany failed to make their good fortune count.

Companies paid Dh1.3m to Dh5.1m for a ransomware attack in UAE

Virat Kohli’s Adelaide record could be a...