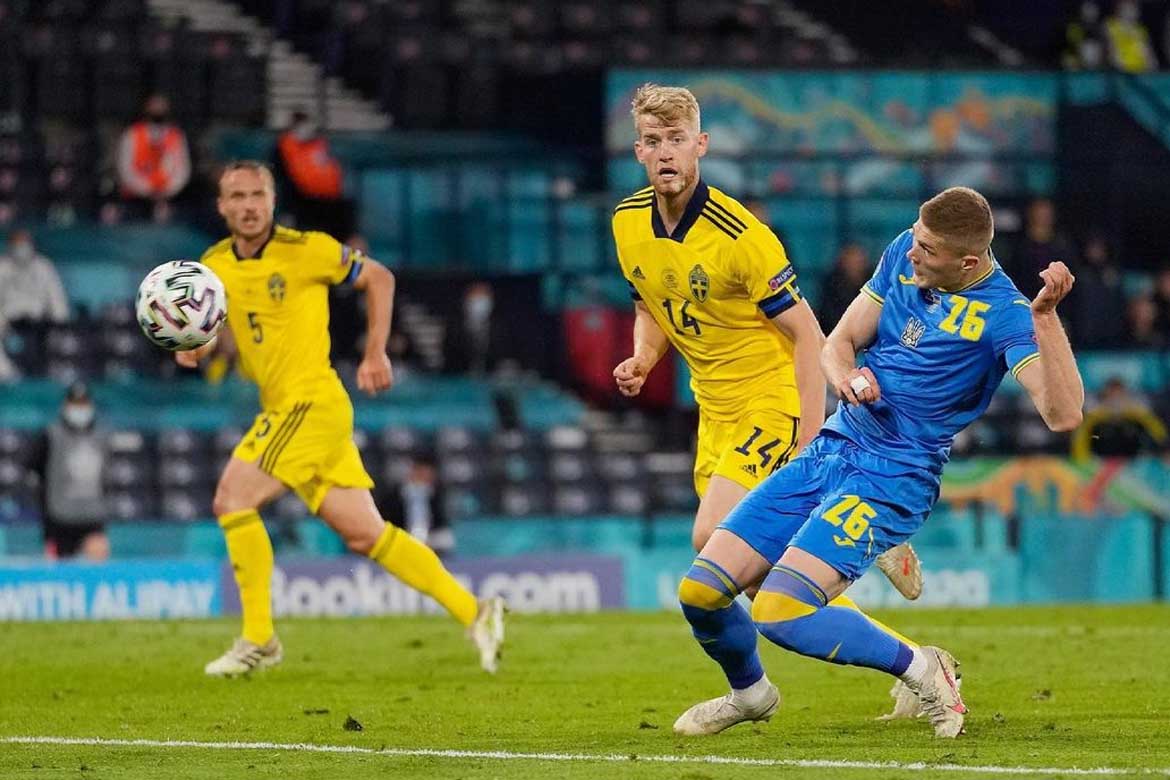 Ukraine will face England in the Euro 2020 quarter-finals after Artem Dovbyk’s extra-time winner gave them a 2-1 victory over Sweden.

Artem Dovbyk netted a last-gasp winner as Ukraine booked their place in the quarter-finals of Euro 2020 with a thrilling 2-1 extra-time victory over Sweden at Hampden Park.

The two sides were level at 1-1 after 90 minutes but the tide of the last-16 game changed when Sweden had defender Marcus Danielson sent off for a studs-up, high challenge nine minutes into extra time.

Oleksandr Zinchenko’s left-footed half-volley after 27 minutes gave Ukraine the lead but Emil Forsberg equalized when he hit home a deflected effort from the edge of the penalty area two minutes before halftime.

Sweden equalised on the stroke of half-time through Emil Forsberg’s deflected effort from distance and the striker twice hit the woodwork after the break.

Marcus Danielson was sent off in extra time and Ukraine made the extra man count when Zinchenko’s cross was headed in from close range by substitute Dovbyk to set up a last-eight tie with England.