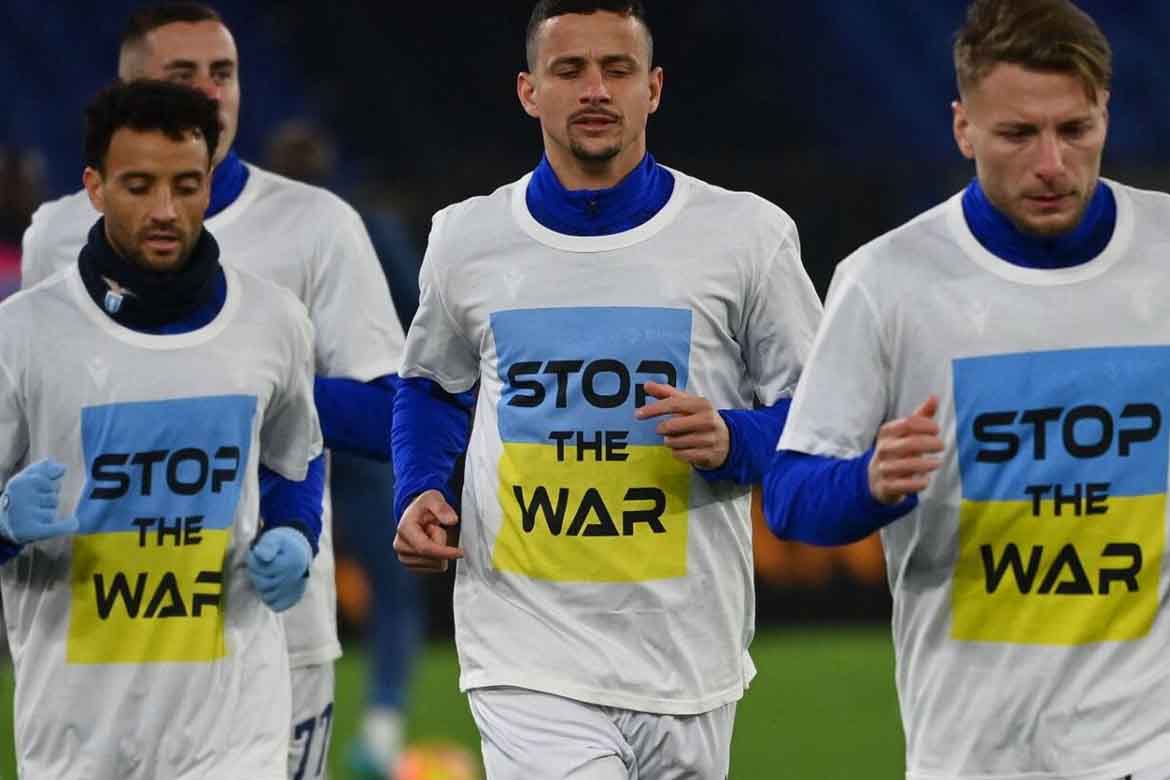 Fifa and Uefa have suspended Russia’s national teams and clubs from international football until further notice due to the country’s military conflict with Ukraine.

he move makes it likely that Russia will be excluded from this year’s World Cup and the women’s Euro 2020 tournament.

“Fifa and Uefa have today decided together that all Russian teams, whether national representative teams or club teams, shall be suspended from participation in both Fifa and Uefa competitions until further notice,” Uefa said in a statement.

Russia were scheduled to host Poland in a World Cup qualifying playoff on March 24 and if they remain suspended at that time, they would be out of the World Cup and unable to progress to the finals in Qatar in November.

The Polish FA had said that they will refuse to play against the Russian team and the Czech Republic and Sweden, who are in the same playoff ‘path’, had also ruled out facing Russia.

The only way Russia could still feature in the playoffs would be a sudden improvement in the situation in Ukraine leading to a lifting of the suspension.

The organisation said a further decision would be made at a later date about the impact on the women’s Euro 2022 tournament in England in July which Russia have qualified for.

The decision means that Spartak Moscow will not play their Europa League match against club RB Leipzig and so the German club will advance to the quarterfinals.

England’s Football Association then said that they would not play against Russia, a view that was backed up by a number of European federations.

Russia hosted the last World Cup in 2018 with the final held in Moscow and attended by President Vladimir Putin.

Several other sporting bodies also moved to bar Russian athletes from competing in international events, with the International Olympic Committee (IOC) recommending a ban on Russian and Belarusian athletes and officials.

Athletes from Ukraine and other nations had called on the IOC to take action against Russia.

The IOC said on Monday its executive board made the decision “in order to protect the integrity of global sports competitions and for the safety of all the participants”.

The Russian Olympic Committee categorically disagreed with the IOC, saying the decision “contradicts both the regulatory documents of the IOC and the (Olympic) Charter”.

Moscovite Daniil Medvedev reached the pinnacle of men’s tennis when he became the ATP’s world number one on Monday but what should have been a day of pride for Russian sport has been engulfed by the country’s military conflict with Ukraine.

Medvedev is only the third Russian man to top the standings and the first player outside the so-called “big four” of Novak Djokovic, Roger Federer, Rafael Nadal and Andy Murray to hold the top spot in 18 years.

But with the sporting world uniting its in condemnation of Russia’s conflict with Ukraine, Medvedev’s meteoric rise to the top could hardly have happened at a worse time for tennis.

On Sunday the Ukrainian Tennis Federation urged the sport’s governing body the International Tennis Federation (ITF) to immediately expel Russia and Belarus from the organisation and ban Russia from team and individual tournaments.

Any restrictions on individual Russian players, while seen as unlikely, would cast doubt on Medvedev’s participation at the next Grand Slam, the French Open in May.

Badminton’s world governing body (BWF) cancelled all sanctioned tournaments in Russia and Belarus, adding that no other badminton tournaments will be allocated to those regions until further notice.

BWF also said that Russian and Belarusian national flags must not be displayed and their national anthems not played at any BWF events.

Ukraine’s motorsports federation called on Formula One’s governing FIA to ban all Russian and Belarusian license holders from taking part in its competitions, which if accepted could put Russia’s Nikita Mazepin out of the sport.

Swimming’s global governing body FINA called off the World Junior Swimming Championships that were set to take place in Kazan and said that it would provide whatever support it could to members of the aquatics family impacted by Russia’s attack.

Abramovich was asked by Ukraine to help mediate because of his background in Russia, where he made a fortune in the chaotic 1990s period of post-communist privatisation, a source with knowledge of the matter told Reuters in the Ukrainian capital Kyiv on condition of anonymity.— Reuters