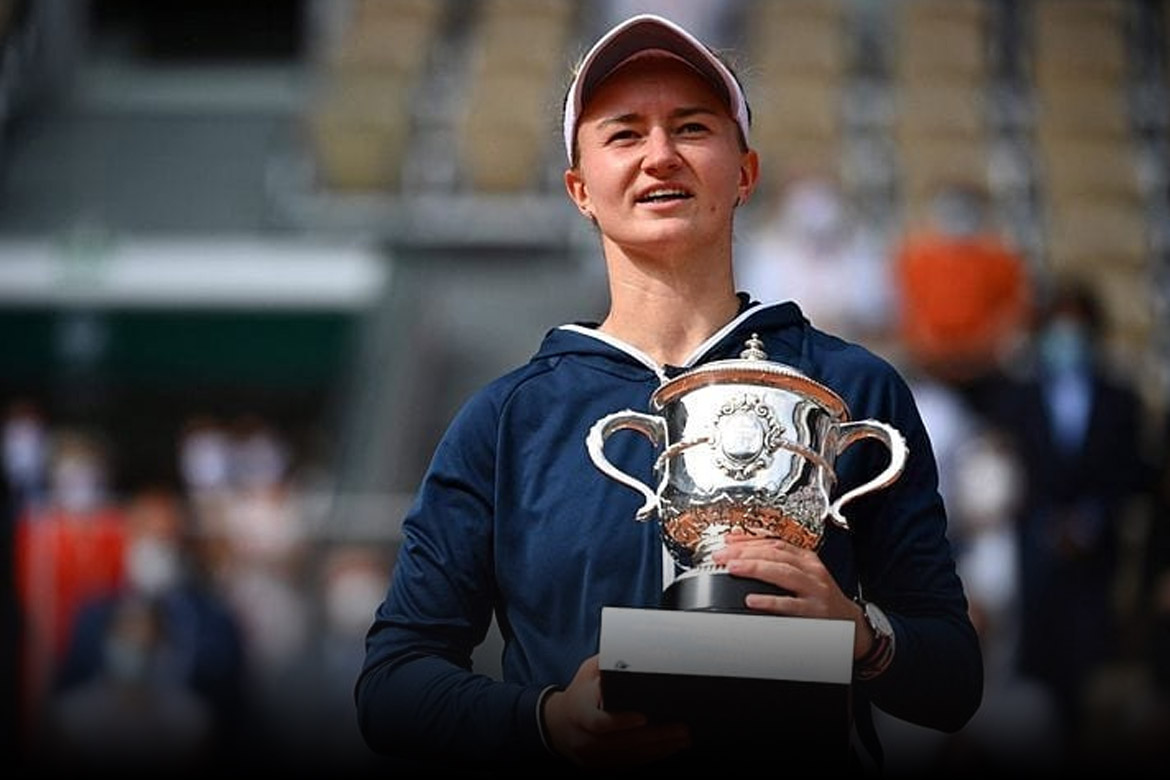 The 25-year-old is the first Czech to lift the Suzanne Lenglen Cup since Hana Mandlikova, who represented Czechoslovakia, triumphed in 1981.

It was Pavlyuchenkova who started the final on a confident note, breaking the unseeded Czech at the start but that turned out to be the only game she would win in the opening set as Krejcikova reeled off six straight games.

Krejcikova started moving the Russian around by mixing her free-flowing, easy-on-the eye groundstrokes with deft dropshots, making it difficult for Pavlyuchenkova to settle down.

She got the break back in the second game with a forehand lob on the stretch that went over the head of an advancing Pavlyuchenkova and landed on the sideline with the Russian rooted to her spot.

Pavlyuchenkova tried to hang in on the rallies but did not find solutions to counter the Czech’s tactical game in the opening set but added a bit of aggression to her game in the second, jumping to a 5-1 lead in no time.

A niggle on the left leg, however, seemed to restrict her movement and after getting broken for 5-2 she received medical attention on court and had her thigh taped.

She broke Krejcikova’s serve after returning to court and got the match level at one-set all.

The players raised their level in the deciding set and the ferocity of the tennis increased. After an exchange of service breaks, Krejcikova managed to find an even higher gear to get another break for a 4-3 lead.

Krejcikova wasted two match points in the ninth game and another with a double fault at 5-4 up before Pavlyuchenkova sent a return long to end the contest.

Euro 2021: Denmark’s Christian Eriksen has been stabilized after collapsing on the pitch