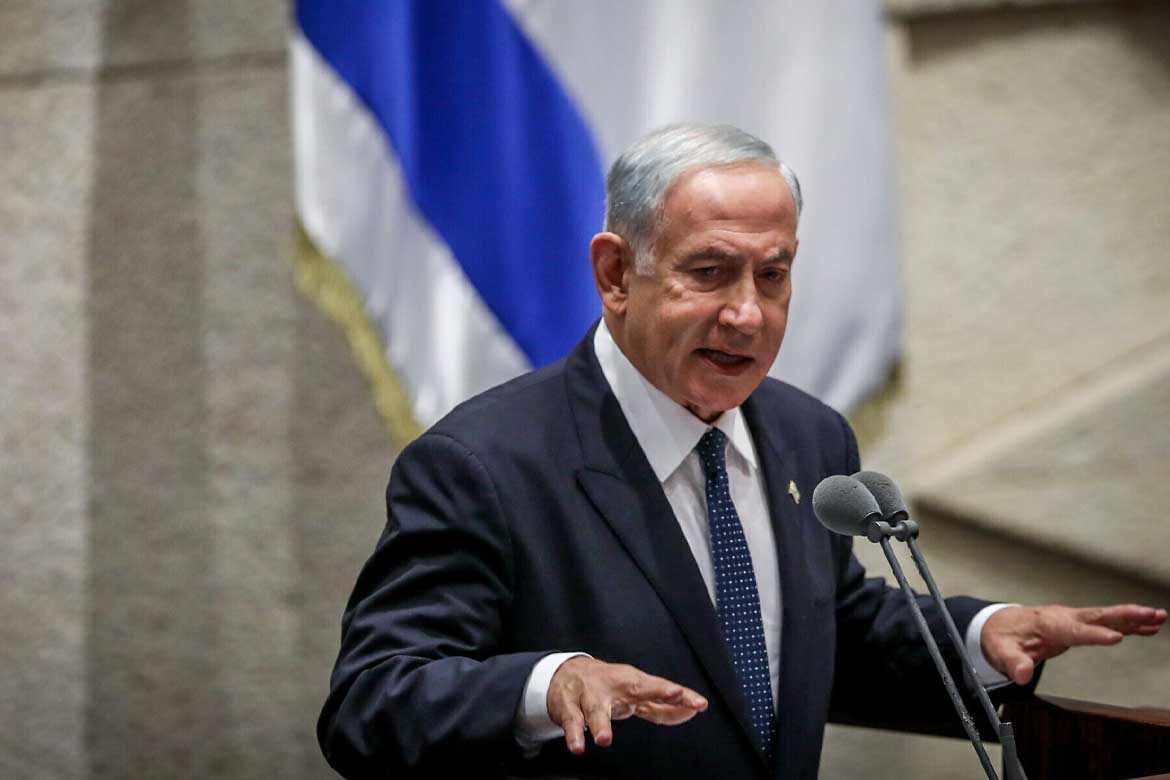 A new government seen as the most right-wing in Israel’s history has been agreed upon, sealing Benjamin Netanyahu’s return to power.

Mr Netanyahu, who won elections in November, is set to serve a historic sixth term as prime minster.

His coalition contains far-right parties, including one whose leader was once convicted of anti-Arab racism.

“I have managed [to form a government],” Mr Netanyahu tweeted, just minutes before a midnight local time (22:00 GMT) deadline set by the Israeli President, Isaac Herzog.

It will take over from the outgoing center-left caretaker government when it is sworn in, which is expected to happen next week.

Mr Netanyahu’s coalition partners reject the idea of a two-state solution to the Israel-Palestinian conflict – the internationally backed formula for peace which envisages an independent Palestinian state in the West Bank alongside Israel, with Jerusalem as their shared capital.

The leader of the Religious Zionism party, which in alliance with two other far-right parties won the third largest number of seats in the knesset (parliament), wants to see Israel annex the West Bank and has been given wide powers over its activities there.

Israeli opposition politicians, as well as its attorney general, have warned that reforms planned by the incoming government – including giving MPs the right to overrule Supreme Court decisions – threaten to undermine Israeli democracy.

Israeli opposition and civil rights groups have expressed particular alarm at the inclusion of the far-right in the new government.

Otzma Yehudit (Jewish Power) party leader Itamar Ben-Gvir is known for his anti-Arab comments and has called for the relaxation of rules on when security forces can open fire in the face of threats. Once convicted of incitement to racism and supporting a terror organization, he is set to become national security minister with authority over the police in Israel and the West Bank.

The other far-right partner in government, Avi Maoz of the anti-LGBT Noam party, has called for Jerusalem’s Gay Pride event to be banned, disapproves of equal opportunities for women in the military, and wants to limit immigration to Israel to Jews according to a strict interpretation of Jewish law.

Mr Netanyahu has accused critics of fearmongering and has vowed to preserve the status quo.

“I’ll have two hands firmly on the steering wheel,” he told US broadcaster NPR last week. “I won’t let anybody do anything to LGBT or to deny our Arab citizens their rights or anything like that, it just won’t happen. And the test of time will prove that.”

Amazon could be blamed for fake Louboutin shoe ads – EU

UAE: 5 New features of the Emirates...