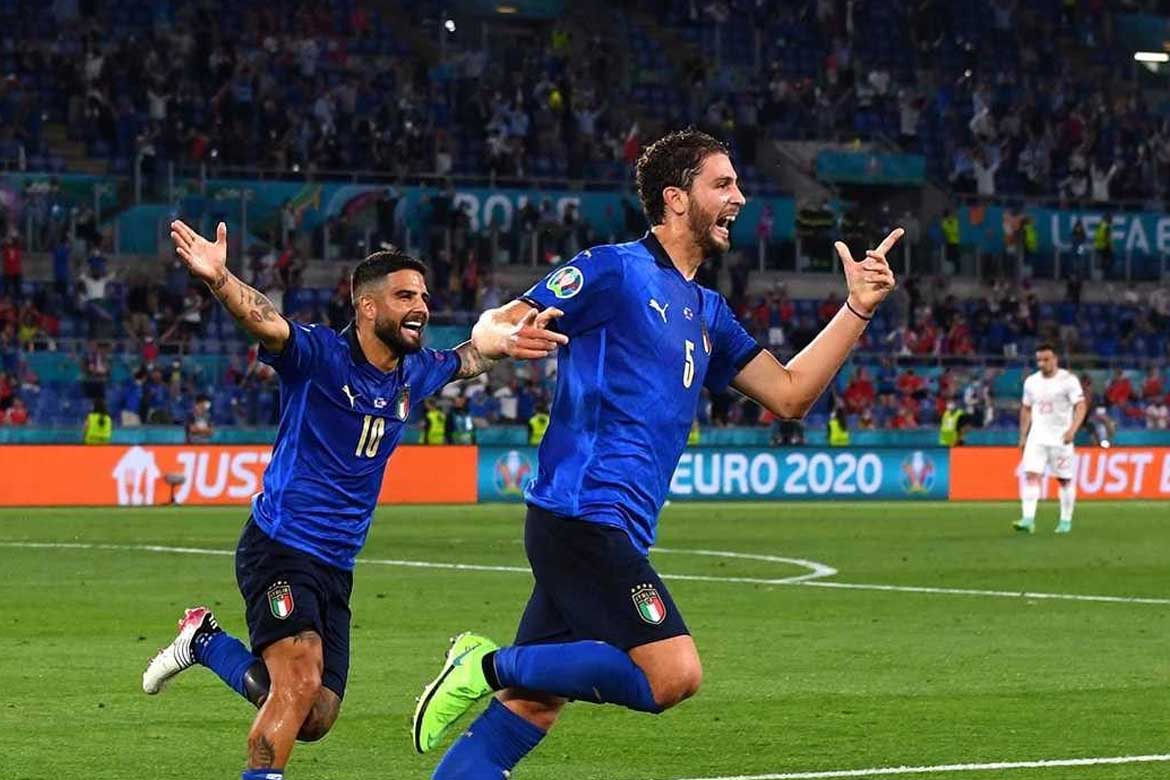 Italy became the first team to reach the Euro 2020 knockout stage after Manuel Locatelli scored twice in a 3-0 victory over Switzerland in Group A.

Locatelli scored in-form Italy’s 29th goal without reply to put them ahead at Stadio Olimpico, where Switzerland failed to land a shot on target in the opening 45 minutes.

The Sassuolo midfielder struck again early in the second half and Ciro Immobile added a third to ensure the scoreline reflected their dominance on a night when Roberto Mancini’s men showed their 3-0 opening-game win over Turkey was no flash in the pan.

Switzerland must beat Turkey in their final group game to retain hope of finishing in the top two in Group A, while Italy can rest players when they face Wales.

Giorgio Chiellini had the ball in the net after 18 minutes but his close-range strike was ruled out for handball in the build-up following a VAR review, before the veteran defender left the field with a hamstring injury.

Italy deservedly took the lead after 25 minutes when Jorginho set Domenico Berardi free down the right and he crossed for Locatelli to score with a low finish from six yards.

The second half was just six minutes old when Locatelli struck again, collecting Nicola Barella’s pass on the edge of the Switzerland penalty area before unleashing a left-footed drive into the net.

Gianluigi Donnarumma made a strong low save to prevent Steven Zuber from scoring with an angled close-range drive in what proved to be the nearest Switzerland would come to finding the net.

With one minute left on the clock, Immobile scored from just outside the box with a powerful right-footed shot, becoming the first player to score in Italy’s opening two games at a major tournament since Christian Vieri at the 2002 World Cup.

Italy has gone 965 minutes without conceding a goal, and they are building a formidable finals campaign on the firmest of foundations at Euro 2020.

Francesco Acerbi represented a seamless replacement for Chiellini, who can now be given a breather ahead of the knockout stage as he recovers from injury.

Locatelli at the double

Italy proved they are a team with goals throughout as Locatelli became their third player to score a brace at the Euros after Mario Balotelli against Germany in 2012 and Pierluigi Casiraghi against Russia in 1996.