Midterm elections in the United States: Millions of voters will cast their ballots with Congress on the line 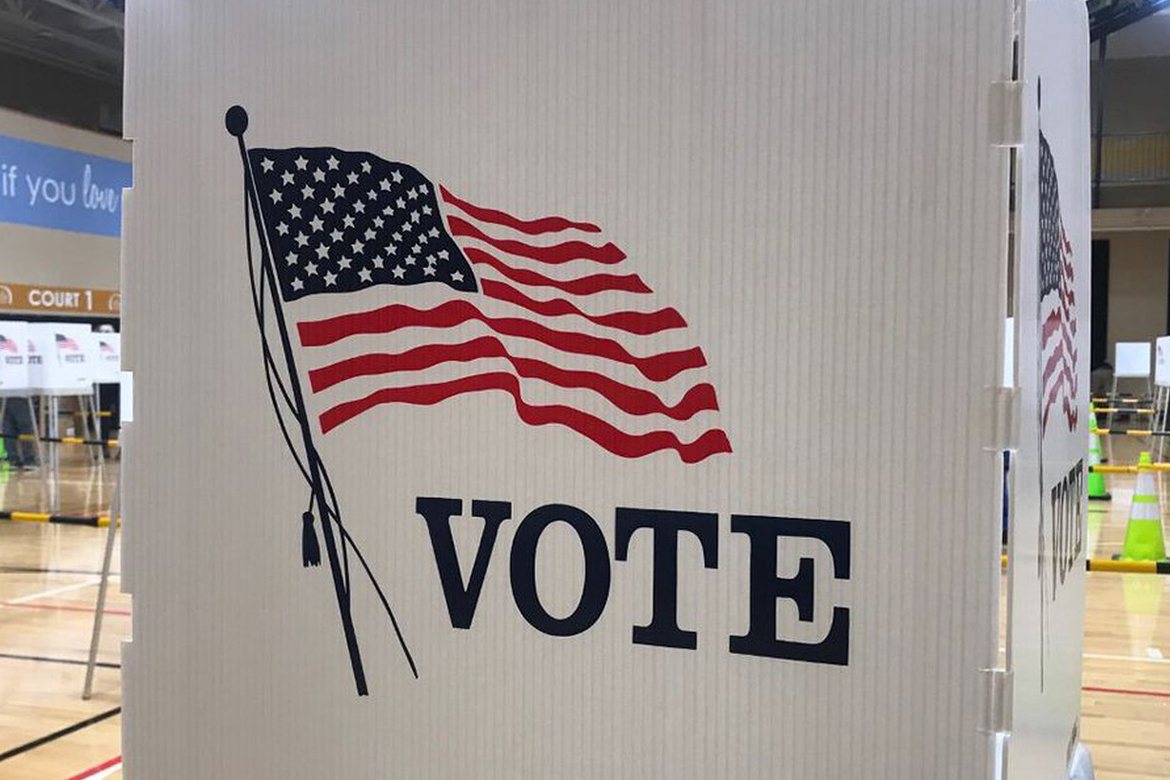 Millions of Americans will vote in the midterm elections on Tuesday, with the balance of power in Congress at stake.

In the entire US House of Representatives, about a third of the Senate and key state governorships are up for grabs.

President Joe Biden, a Democrat, and ex-President Donald Trump, a Republican, made their closing arguments in dueling rallies.

Mr. Biden’s ability to pass laws will be stymied if Republicans take the House, as most projections expect.

Democrats currently control the White House and – by razor-thin margins – both chambers of Congress.

The party in power typically sheds an average of two dozen or so seats in the midterms, which fall midway through a president’s four years in office.

While Mr. Biden himself is not up for re-election on Tuesday, midterms are often seen as a referendum on a president’s leadership.

Despite delivering on promises to lower prescription drug prices, expand clean energy and revamp US infrastructure, Mr. Biden has seen his popularity suffer from the worst inflation in four decades, record illegal crossings at the US-Mexico border, and voter concerns about crime.

A political thumping for Democrats on Tuesday could embolden murmurs within the party about whether Mr. Biden, who turns 80 this month, should run for re-election in 2024.

He went to Maryland on Monday night to campaign for Wes Moore, who is expected to make history as the third black governor ever elected in the US.

“Today we face an inflection point,” Mr. Biden told a cheering crowd at a historically black university outside Washington.

“We know in our bones that our democracy’s at risk and we know that this is your moment to defend it.”

According to a tally by the BBC’s US partner, CBS News, more than half of Republican midterms candidates have raised doubts about the integrity of the 2020 White House election, echoing Mr. Trump’s unfounded claims of widespread fraud.

The former president, who has been teasing a 2024 White House comeback bid, said he would make a “very big announcement” at his Florida estate Mar-a-Lago on 15 November.

He told the crowd: “If you support the decline and fall of America, then you must, you absolutely must vote for the radical left, crazy people.

“If you want to stop the destruction of our country, then tomorrow you must vote Republican in a giant red wave.”

Mr. Trump’s party needs to net only five seats to flip the House and a single seat to take over the evenly divided Senate.

Non-partisan election observers project the Republicans will pick up roughly 15-25 seats in the 435-seat House.

But the battle for the upper chamber of Congress could go either way, according to most political forecasts, and is expected to come down to hotly fought races in Pennsylvania, Georgia, Nevada, and Arizona.

Should Republicans win the House, they have vowed to shut down the Democratic-led inquiry into last year’s Capitol riot and launch investigations into the Biden administration.

Kevin McCarthy, who would probably become Republican speaker of the House – placing him second in line to the presidency – has refused to rule out impeachment proceedings.

Mr. Biden’s power to appoint judges or administrative posts for the next two years would be severely curtailed if Republicans win the Senate.

More than 43.5m early votes have already been cast, according to the US Elections Project.

But it might be days or weeks before the outcome of the midterms is clear if races are close, as some states allow ballots to be posted on election day, and there could be recounts.

A giant sinkhole has opened up in...