Qatar’s football journey is portrayed in the Doha exhibition 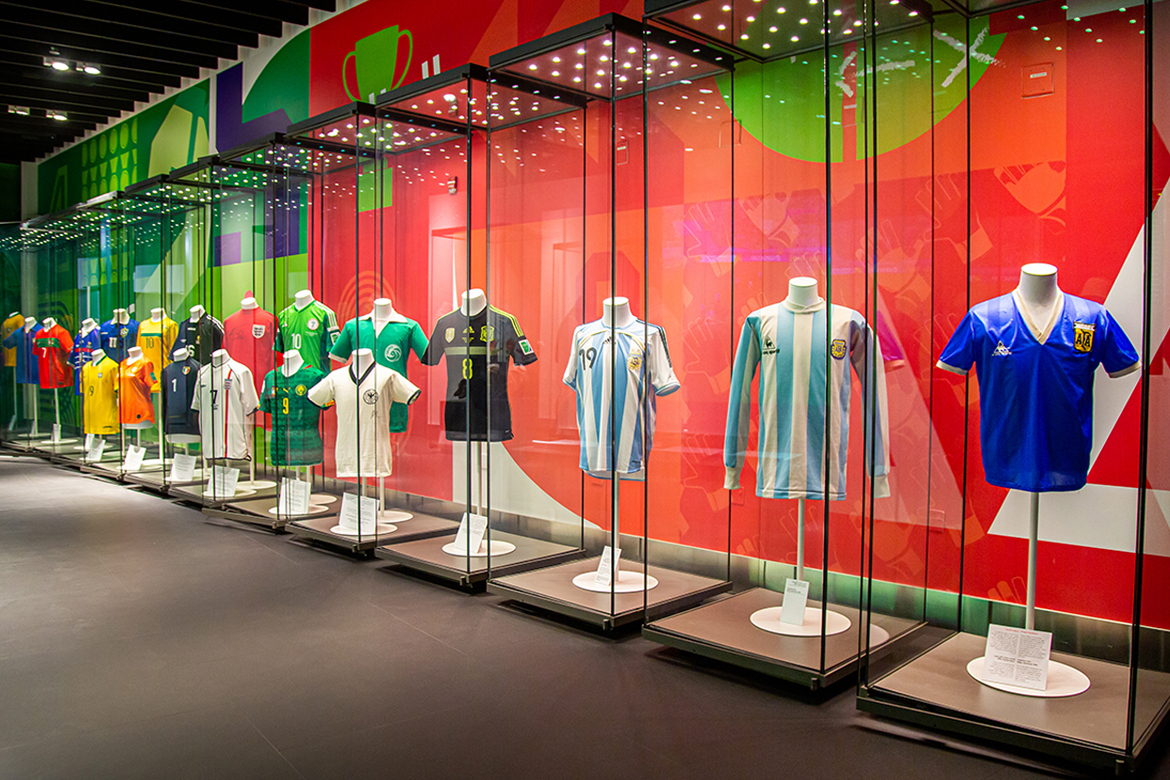 It tells the ‘untold’ story of how the game evolved in Qatar in the days leading up to the World Cup.

Doha, Qatar – An exhibition charting the history of football in Qatar has opened its doors in Doha, as the Middle Eastern country readies to welcome fans for the World Cup, due to start on Sunday.

“The World Cup is coming to Qatar in a few days and we wanted to celebrate the occasion by holding this exhibition,” said Aysha al-Ansari, head of the Heritage Collection at the imposing Qatar National Library, where the showcase is being held.

At the exhibition, titled “Goaaal! How Football Kicked off in Qatar”, visitors can walk past large billboards documenting the history of the sport in Qatar, including information about its stadiums, leagues and teams.

They can also see handmade football jerseys that the Maroons – Qatar’s national team – used to wear, alongside decades-old footballs, retro boots and other memorabilia. And they can watch and listen to recordings in which pioneering figures narrate how the love for football evolved in the country.

People in the small, gas-rich nation first began playing football in the late 1940s, according to the exhibition’s organizers. But it was not until 1970 that the country’s national team played their first ever international match, a 2-1 loss to neighboring Bahrain.

The Maroons have come a long way since then.

They have made 10 appearances at the Asian Cup, which they won in a major upset in 2019 by beating four-time winners Japan in the final. Shortly afterward, left-winger Akram Afif, the star of the current Qatar national team, was crowned the Asian footballer of the year.

The exhibition honours past legends of the game in Qatar, including Khalfan Ibrahim Khalfan, a former winger for the national team and a Qatar 2022 legacy ambassador.

More than one million visitors are expected to visit the country during the tournament that will end on December 18.

The hosts will face Ecuador in the tournament’s opening match on Sunday, before squaring against Senegal and the Netherlands.

At the exhibition, which will be open throughout the World Cup and beyond, guests and dignitaries were optimistic about the Maroons’ chances.

UAE imposes fines on companies for fake Emiratisation up to Dh100,000