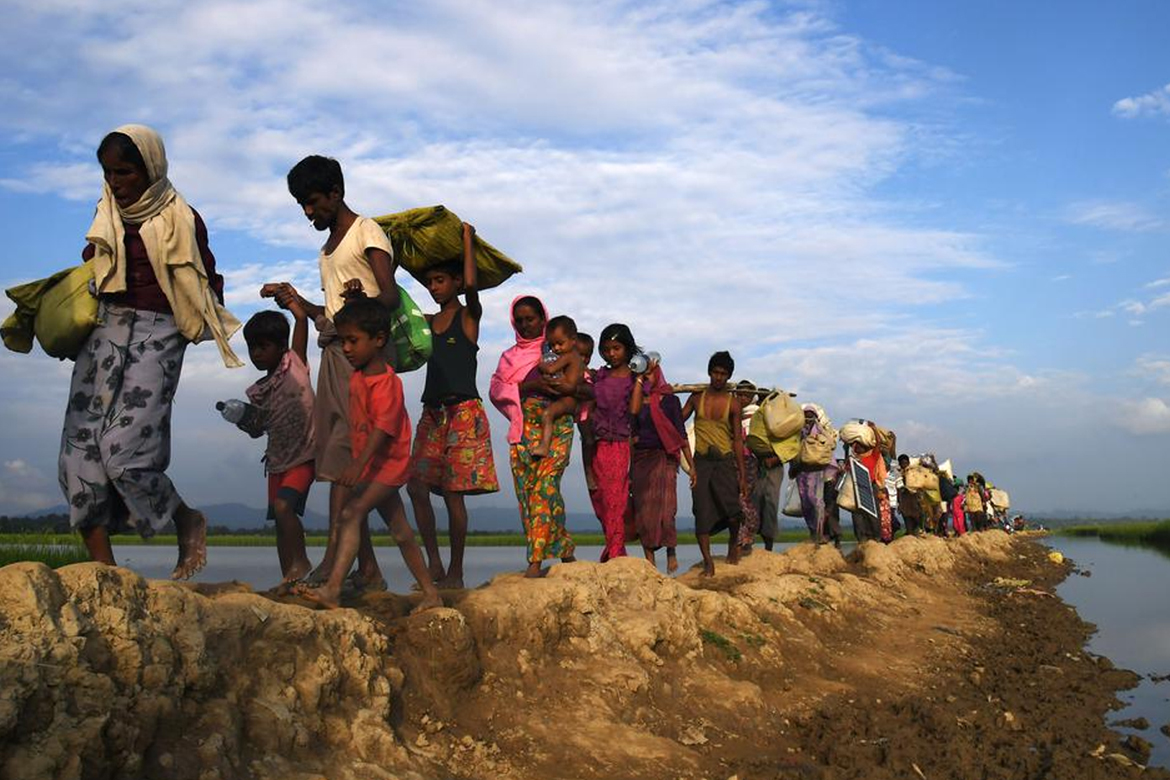 Dozens of Rohingya refugees – all men – have drifted on to a beach in western Indonesia in a wooden boat with a broken engine, local officials say.

They are described as hungry and weak after spending a month at sea. At least three men were taken to the hospital.

It is not clear if they are part of a group of at least 150 Rohingya who became stranded at sea weeks ago.

The Rohingya are a persecuted ethnic minority in their original home in Myanmar (Burma).

“The boat had a broken engine and it was carried by the wind to a shore in Ladong Village in Aceh Besar [district],” the spokesman said.

“They said they have been drifting at sea for a month.”

A local immigration official told AFP the refugees would be temporarily placed at a government facility.

It was not immediately known where the migrants had sailed from.

Last week, the UN urged countries around the Andaman Sea in South East Asia to assist a small fishing boat carrying at least 150 Rohingya refugees which had been drifting without power for two weeks after leaving Bangladesh.

People on the boat who were contacted via satellite phone said at the time that a number of passengers, including children, had already died. They said that food and water supplies had run out.

The UN on Sunday expressed fear that the fishing boat might have sunk.

Many Rohingya Muslims fled to Bangladesh in 2017 to escape a campaign of genocide launched by Myanmar’s military.

In recent months, they have been trying to escape from overcrowded refugee camps in southern Bangladesh by taking high-risk sea journeys at this time of year, after the monsoon in the region has passed.

Their numbers have grown because of deteriorating conditions in the camps, while more Rohingya who are still in Myanmar are also trying to leave following the military coup there last year.

At least five boats are known to have left in the past two months.