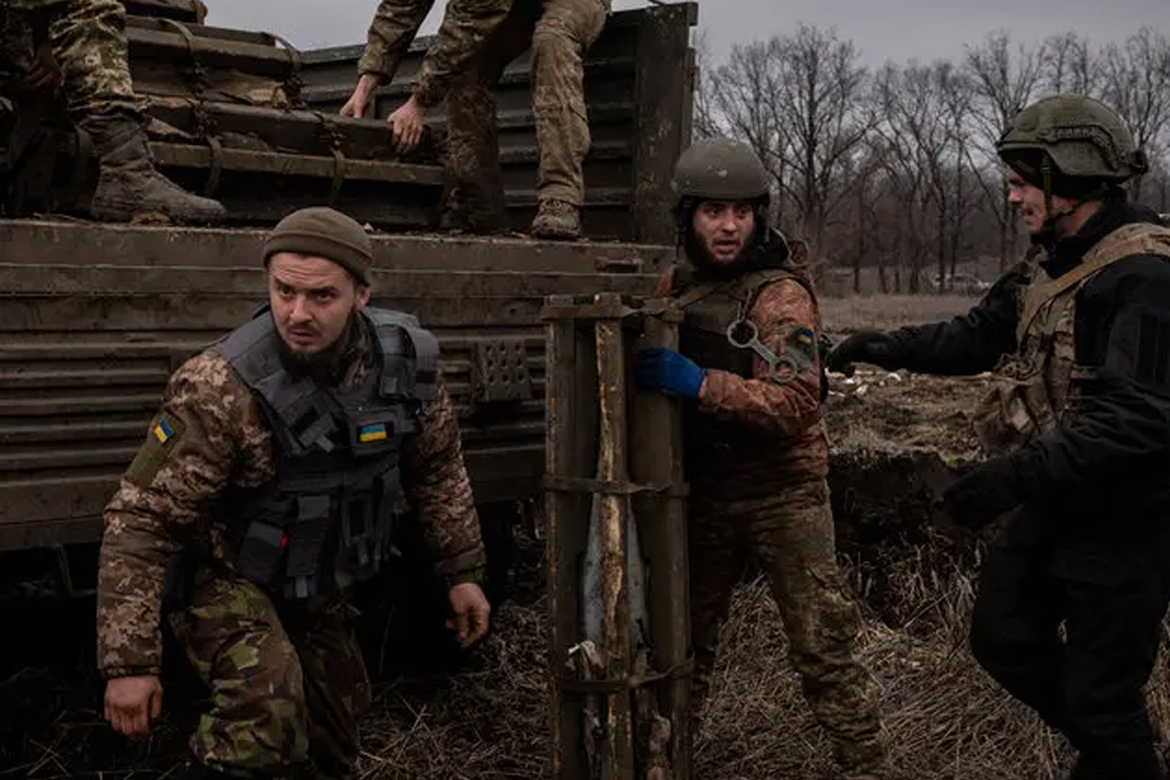 Air raid sirens sounded in Kyiv on Sunday night as the latest wave of drone and missile strikes from Russia continued.

One man in Kyiv was injured by debris from a destroyed Russian drone, the capital’s mayor said.

The attacks have continued for several days over the New Year period.

Meanwhile, the Ukrainian Armed Forces said 400 Russian soldiers had been killed in on New Year’s Eve in Makiivka, in the Russian-occupied Donetsk region.

In a rare move, pro-Russian authorities admitted to casualties. But Russia refused to confirm the number of deaths.

It comes after Ukrainian president Volodymyr Zelensky wished for victory and a “return to normal” for Ukraine in 2023.

In a new year address on Russian TV, President Vladimir Putin said Russia would fight to protest its sovereignty and independence.

“Air attack on Kyiv… Air alert is on in the capital,” it announced on the Telegram social media site.

“An injured 19-year-old man was hospitalised in the Desnyanskyi district of the capital,” he said.

“The main thing now is to stay calm and stay in shelters until the alarm is off,” he said.

It comes after a barrage of attacks on New Year’s Eve, which killed at least one person in Kyiv.

Russia has been targeting Ukraine’s energy infrastructure for several months, destroying power stations and plunging millions into darkness during the country’s freezing winter.

Five Android features that Apple should bring to iOS in 2023

Police say it is unlikely there are...

A Russian claim that 600 Ukrainian soldiers...