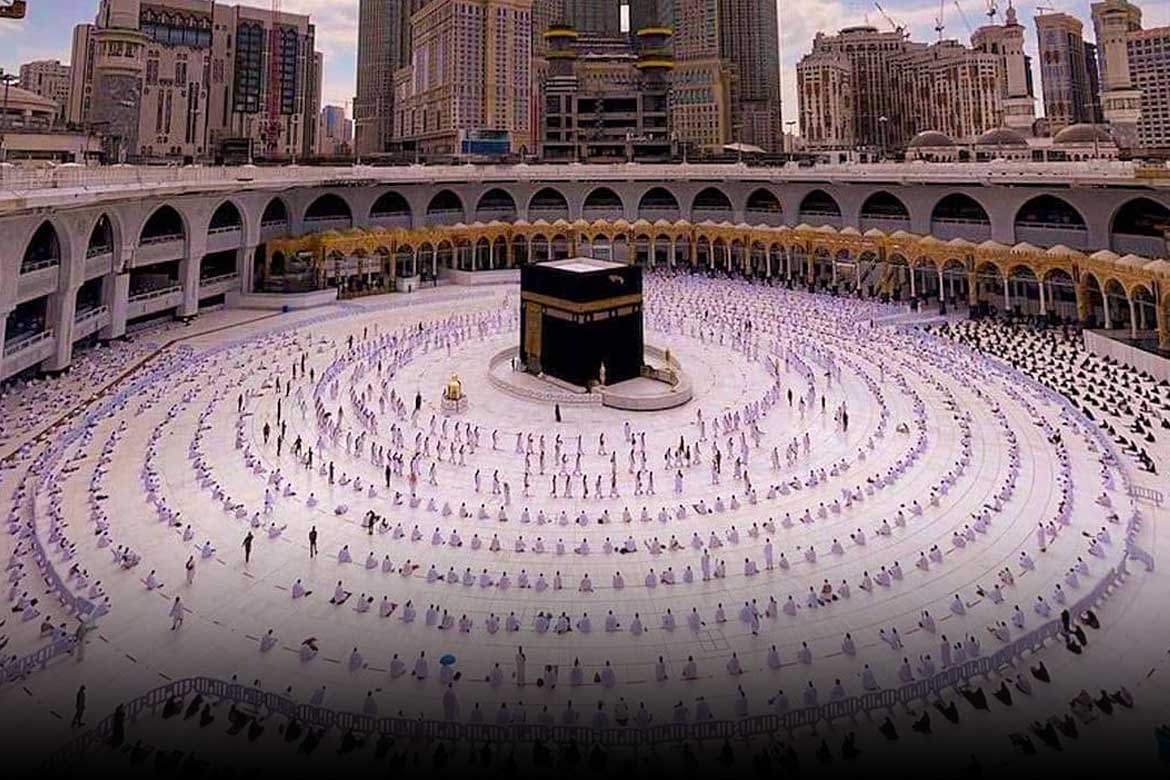 Saudi Arabia said it will limit registration for this year’s Hajj pilgrimage to citizens and residents of the Kingdom in light of the coronavirus pandemic.

The Ministries of Health and Hajj announced Saturday that a total of 60,000 pilgrims will be allowed to perform the pilgrimage this year, which will begin mid-July.
It stressed that those wishing to perform Hajj must be free of any chronic diseases and be within the ages of 18 to 65 years for those vaccinated against the virus, according to the Kingdom’s vaccination measures.
Hajj pilgrims should be fully vaccinated, or those who took one dose of the COVID-19 vaccine at least 14 days before, or those who are vaccinated after recovering from coronavirus infection.
The decision is “based on the Kingdom’s constant keenness to enable the guests and visitors at the Grand Mosque and the Prophet’s Mosque to perform the rituals of Hajj and Umrah,” the ministry said. “The Kingdom puts human health and safety first.”
Meanwhile, a deputy to the Hajj minister said that Saudi Arabia found great understanding from Muslim countries over the decision to limit this year’s pilgrimage participants.
Nayef Al-Hajraf, secretary-general of the Gulf Cooperation Council, praised the “generous care” accorded by King Salman and Crown Prince Mohammed bin Salman to serve pilgrims and visitors of the Two Holy Mosques.
He said the decision to limit this year’s pilgrimage stems from the utmost attention that the Kingdom gives to the health and safety of pilgrims.
The Organization of Islamic Cooperation and the Muslim World League (MWL) also welcomed Saudi Arabia’s decision.

Mohammed bin Abdul Karim Al-​Issa, MWL secretary-general, said that many senior Mufti and scholars of the Islamic world also welcomed the decision, adding that Sharia (Islamic) law states that it is imperative to take all safety precautions during such pandemics.

The UAE said it supports the Kingdom in all steps and measures it is taking as part of efforts to combat the pandemic, limit its spread, and preserve the safety and security of pilgrims and society.
Minister of State Khalifa Shaheen Almarar praised the great progress made by the Kingdom in the field of science in combatting COVID-19, saying that Saudi Arabia’s “recent scientific achievements demonstrated the extent of its awareness of the importance of science, which is a key driver in supporting the health sector and facing great challenges.”

Euro 2021: Denmark’s Christian Eriksen has been stabilized after collapsing on the pitch

UAE salaries: What are the best entry...