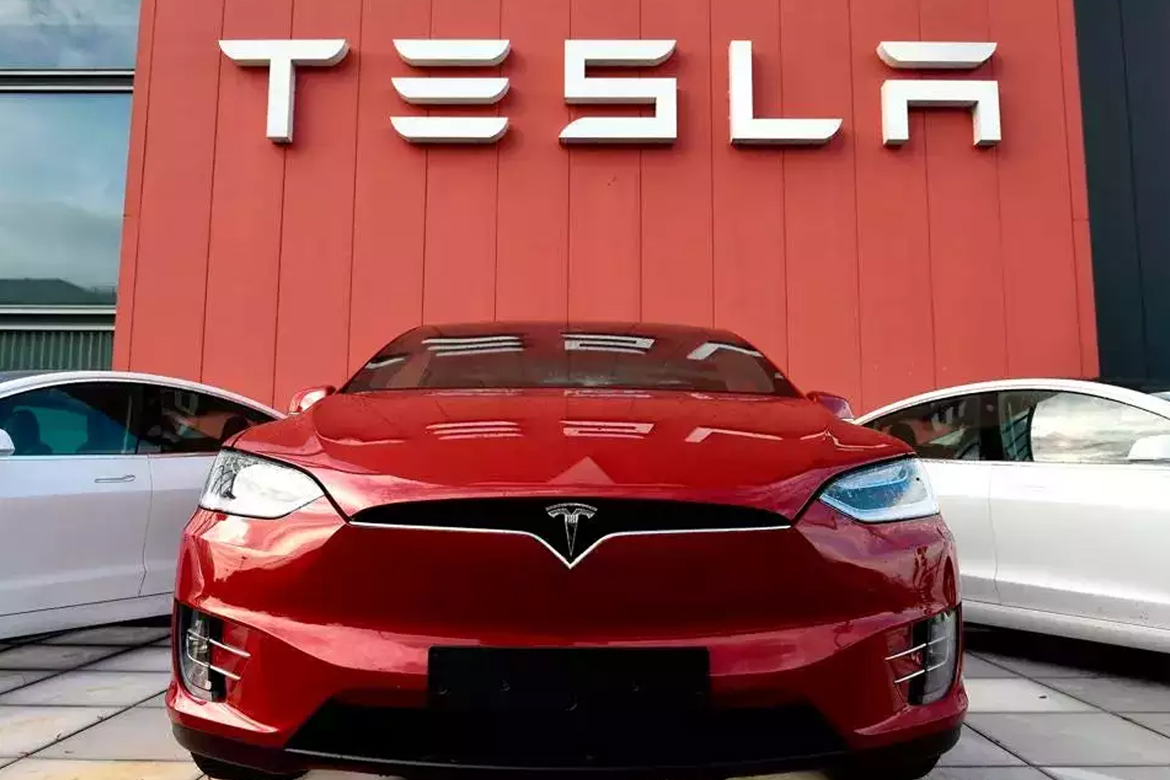 It comes after the company delivered more than 405,000 vehicles in the last three months of 2022.

However, that figure missed Wall Street forecasts of around 430,000 deliveries for the period.

This year the motor industry is expected to face slowing demand as potential customers worry about rising interest rates and recession concerns.

In a statement to investors, Tesla said it had to deal with “significant Covid and supply chain-related challenges throughout the year”.

Meanwhile, on Tuesday authorities in South Korea said they would fine Tesla $2.2m (£1.8m) for failing to tell its customers about the shorter driving range of its electric vehicles in low temperatures.

The Korea Fair Trade Commission said the company had exaggerated the “driving ranges of its cars on a single charge, their fuel cost-effectiveness compared to gasoline vehicles as well as the performance of its Superchargers”.

Highlighting the logistics issues faced by the world’s most valuable car maker, deliveries in the fourth quarter of the year were about 34,000 fewer than Tesla produced.

The shortfall is unusual for Tesla, as it had previously managed to deliver about as many vehicles as it produced.

In October chief executive Elon Musk said he was working to resolve the issue.

Like other car makers, in the year ahead Tesla faces the challenge of the potential of slowing demand for vehicles as customers deal with rising borrowing costs and concerns about an economic slowdown.

Tesla also faces competition from traditional motor manufacturing giants such as Ford and General Motors, as well as newer entrants to the market like Rivian and Lucid in the US and China’s BYD and Nio.

The company is scheduled to announce financial results for the fourth quarter of 2022 and the year as a whole on 25 January.

Tesla said in a separate statement that it plans to host its Investor Day on 1 March and livestream the event from its Gigafactory in Texas.

“Our investors will be able to see our most advanced production line as well as discuss long term expansion plans, generation 3 platform, capital allocation and other subjects with our leadership team,” the company said.

Tesla’s shares fell by 65% in 2022 – its worst year since going public in 2010 – as investors worried about disruptions to production, concerns over a slowdown in demand and Mr Musk’s focus on Twitter.

The multi-billionaire bought the social media platform at the end of October for $44bn (£36.4bn) and has spent much of his time since then trying to turn the business around.

Twitter’s signups are at an all-time high,...