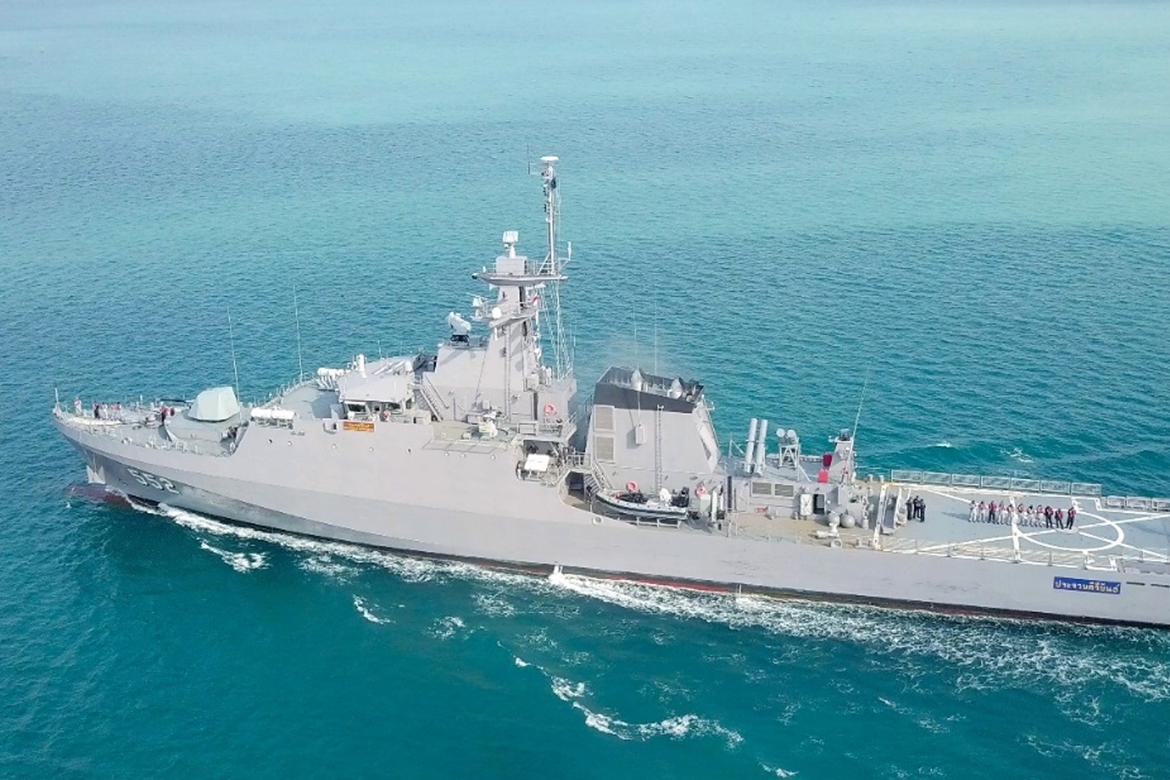 A Thai naval ship capsized during a storm in the Gulf of Thailand on Sunday night, leaving more than 100 sailors needing to be rescued.

Authorities said there were still 28 sailors stranded in the water on Monday, after the HTMAS Sukhotai sank.

No fatalities have been reported, but three crew members are in a critical condition.

Officials said the ship went down after it took on water, flooding its hull and short-circuiting its power room.

With the power lost, crew battled to retain control of the ship which listed onto its side before sinking around 23:30 local time Sunday (16:30 GMT).

The ship had been on a patrol in waters just 32km (20 miles) off the coast of Bang Saphan district, in the Prachuap Khiri Khan province, when it got caught in the storm on Sunday.

Dramatic pictures posted by the Thai Navy’s Twitter account show the vessel listing onto its starboard side, and back-up rescue ships trying to find survivors in the choppy waters.

Three naval ships and helicopters were sent to assist, but only the frigate HTMAS Kraburi reached the vessel before it sank. The frigate rescued 78 of the 106 sailors on board the Sukhotai, the navy said.

It was still retrieving the other 28 soldiers, three of whom were in a critical condition, the navy said.

It’s unclear if they have all been located. As of Monday morning, there were still 28 of the 106 crew “in the water” – the navy said in a statement.

Authorities said the search continued through the night to find all the crew.

Ukraine conflict: Half a million flee as...