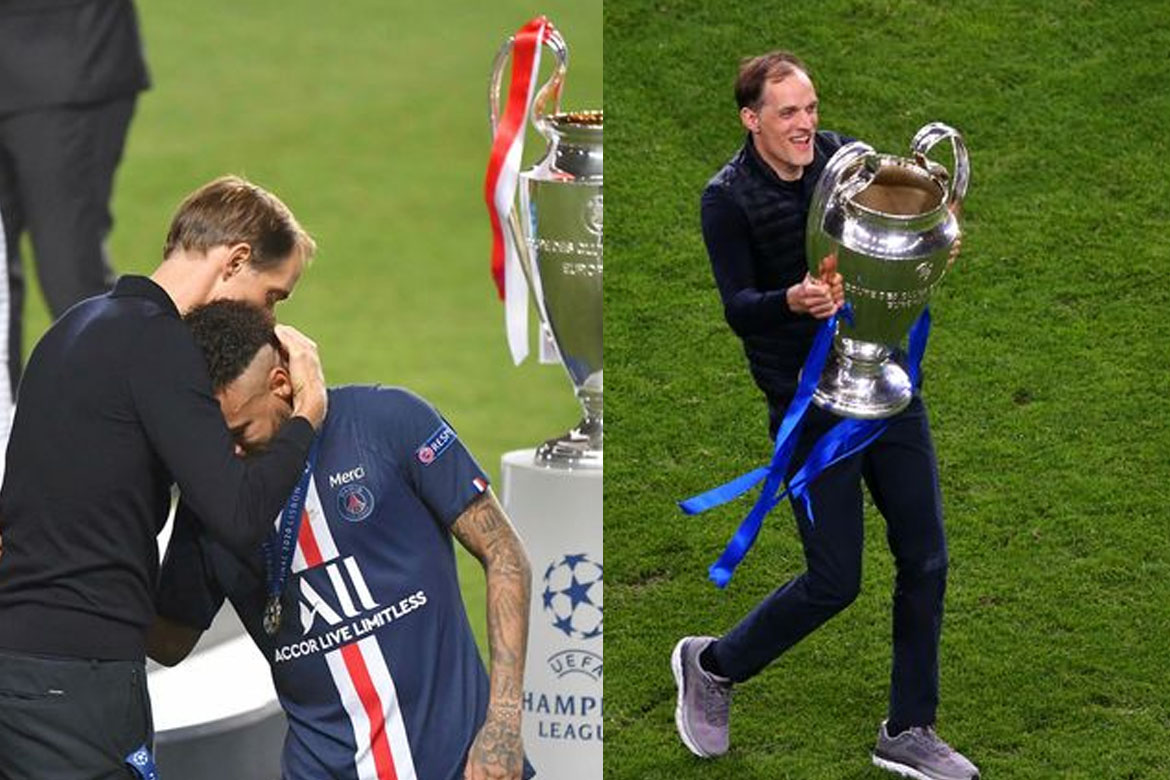 Bursting back into the Estadio do Dragao dressing room dressing spraying bubbly from a bottle over his squad, Thomas Tuchel let out his emotions.

What a whirlwind year it’s been for the German manager.

Little wonder he’s not so keen to meet his own boss.

It took 123 days from his hiring by Chelsea to meet Roman Abramovich. It was timed to perfection after beating Manchester City 1-0 in the Champions League final on Saturday night.

“It was the best moment for the first meeting,” Tuchel said, “because now on it can only get worse. We will speak tomorrow.”

There’s a contract to talk about.

Managers at Chelsea aren’t known for their longevity. Not even saved by his status as a club playing great, Lampard lasted only 18 months. Tuchel only got an 18-month contract from Abramovich.

“I think we are pragmatic in our choices,” the Russian billionaire told Forbes magazine in March.

“And we are comfortable making the right changes at the right time to ensure we can achieve our long-term ambitions.”

The ambitions when Tuchel arrived seemed to be more modest- just return Chelsea to the top-four. Champions League qualification was sealed on Sunday despite a season-ending Premier League defeat to Aston Villa. But there was also the setback of losing the FA Cup final to Leicester the previous week.

Tuchel was saved in his 30th match in charge by the club’s record signing from the summer transfer spree as $90 million-plus attacking midfielder Kai Havertz scored the only goal in Porto.

It sealed Chelsea’s second Champions League title with echoes of the 2012 triumph that was also overseen by a mid-season appointee. Tuchel will be hoping to last longer than Roberto Di Matteo who was fired by Abramovich six months later in 2012.

“I can assure him that I will stay hungry, that I want the next title and I feel absolutely happy, as a part of a really ambitious club, a strong part of a strong group,” Tuchel said.

“That suits my belief and my passion for football at the moment perfectly.” Three consecutive Champions League finals have now been won by German coaches with Jargen Klopp at Liverpool and Hansi Flick at Bayern Munich preceding Tuchel.

Reaching the final saw Tuchel eliminate not only Diego Simeone, who went on to win the La Liga title, but also Zinedine Zidane, who has won three Champions League titles as Real Madrid coach.

“My desire is to go for more victories, to grow as a coach and to push the group on the first day of the next season to the limit,” Tuchel said.

“We have work to do to close the gap (in the Premier League), and this is what I’m all about. And so it will be nice to meet (Abramovich) a bit closer.”