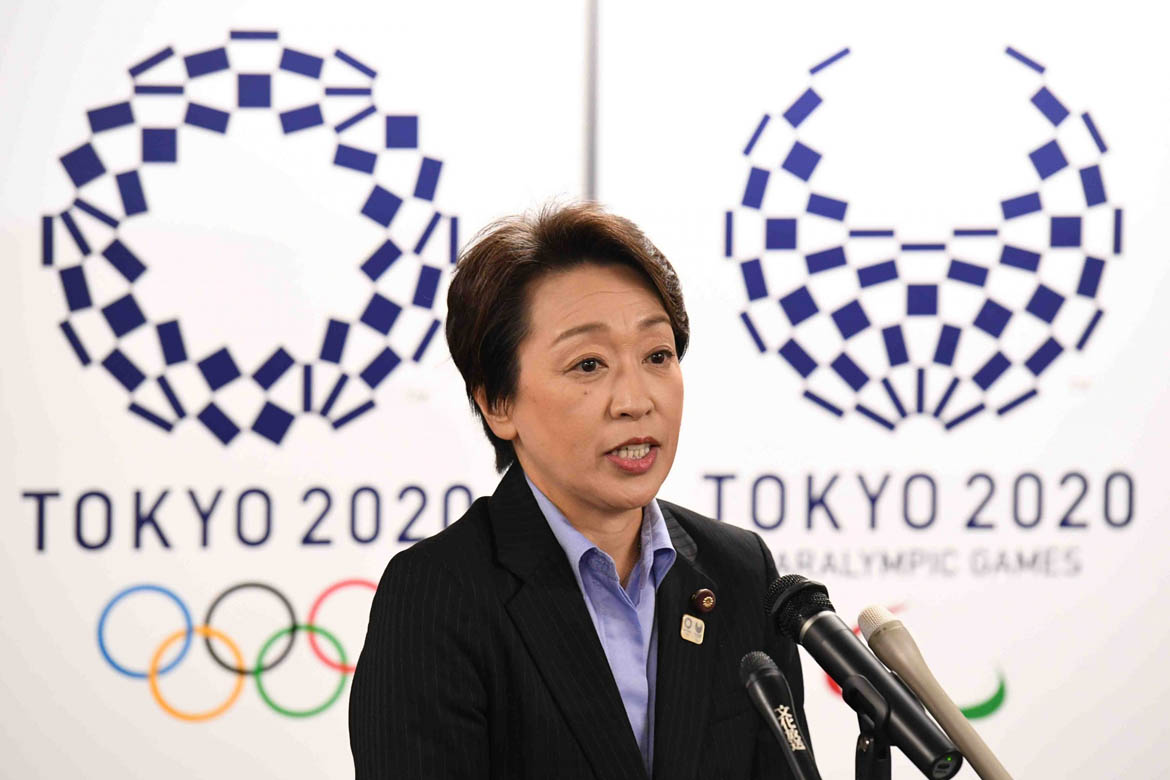 Tokyo 2020 Olympics- president Seiko Hashimoto is “100%” certain the Olympics will go ahead but warned the Games “must be prepared” to proceed without spectators in the event of a coronavirus outbreak.

There are 50 days until the delayed Tokyo Games begin on 23 July.

The question right now is how are they going to have an even more safe and secure Games?

Japan is dealing with the fourth wave of coronavirus cases, with 10 areas of the country under a state of emergency.

“The Japanese people are feeling very insecure and at the same time probably feel some frustration at us talking about the Olympics and I think that is giving rise to more voices opposing having the Games in Tokyo.

“The biggest challenge will be how we can control and manage the flow of people. If an outbreak should happen during the Games times that amount to a crisis or an emergency situation then I believe we must be prepared to have these Games without any spectators.

No international fans will be permitted this summer at the Olympics or Paralympics, which begin on 24 August.

A new wave of infections began in April in Japan, where some areas face restrictions until 20 June.

The country began vaccinating its population in February – later than most other developed nations – and so far only about 3% of people have been fully vaccinated.

Hashimoto said it was a “very painful decision” to have no overseas spectators present, but one necessary to ensure “a safe and secure Games”.

“[For many] athletes it’s a once-in-a-lifetime opportunity that they can compete in the Games. To not be able to have family members and friends who have supported them all along must be a very painful thing and that has caused me pain too,” she said.

On the possibility of some countries being prevented from travelling, Hashimoto added: “Who can come to Japan is something the Japanese government will decide.

Appointment had impact on Japanese society

Hashimoto was appointed Games president in February after her predecessor Yoshiro Mori quit over sexist comments he made.

The former Olympics minister is a seven-time Olympian herself, having competed as a cyclist and a speed skater.

“Athletes must be thinking ‘even if it we put so much effort into preparing for the Games, what if those Games don’t happen, what happens to all that effort and all the lifetime experience and all that we’ve put into it?’ said Hashimoto.

“What is important for me is to have my voice directly reach those athletes. One thing the organising committee commits and promises to all the athletes out there is that we will defend and protect their health.”

Former Games president Mori said that if the number of female board members increased, they would have to “make sure their speaking time is restricted somewhat, they have difficulty finishing, which is annoying”.

He later apologised for his “inappropriate” comments.

Following her appointment, Hashimoto said she wanted the legacy of the Tokyo Games to be a society that accepted people regardless of gender, disability, race, or sexual orientation.

“Japanese society still has an unconscious bias. Unconsciously, domestic roles especially are clearly divided by the sexes. It’s deep rooted and it is very tough to change this,” said Hashimoto.

“The former president’s gaffe, the sexist remarks, actually became a trigger, an opportunity, a turning point within the organizing committee that made us all aware we have to change this.

‘We are doing everything we can’

With 50 days to go until the opening ceremony in Tokyo, the first international athletes arrived in Japan this week.

Recent polls in Japan have shown nearly 70% of the population do not want the Olympics to go ahead, while on Wednesday, Japan’s most senior medical adviser said that hosting the Olympics during a pandemic was “not normal”.

But no major countries have spoken out against the Games taking place and Team GB remain “fully committed” to sending a full team.

“At this point, I am very confident we will have these Games,” said Hashimoto. “We are doing everything we can, we are being very thorough about that.

“I know we have very limited time to deal with anything that might come up but we will do everything we can to improve the situation and we will see these things through.

“If the pandemic once again accelerates across the world, and so it should happen that no country can come to Japan, then of course we cannot have those Games.

“But I think we have to be very careful in reviewing the current situation and deciding what to do depending on what we consider to be right.”

Clubhouse app is not banned in UAE- Regulator says

Who will be crowned champions of Europe...