Hope Probe has circled the Red Planet over 170 times. 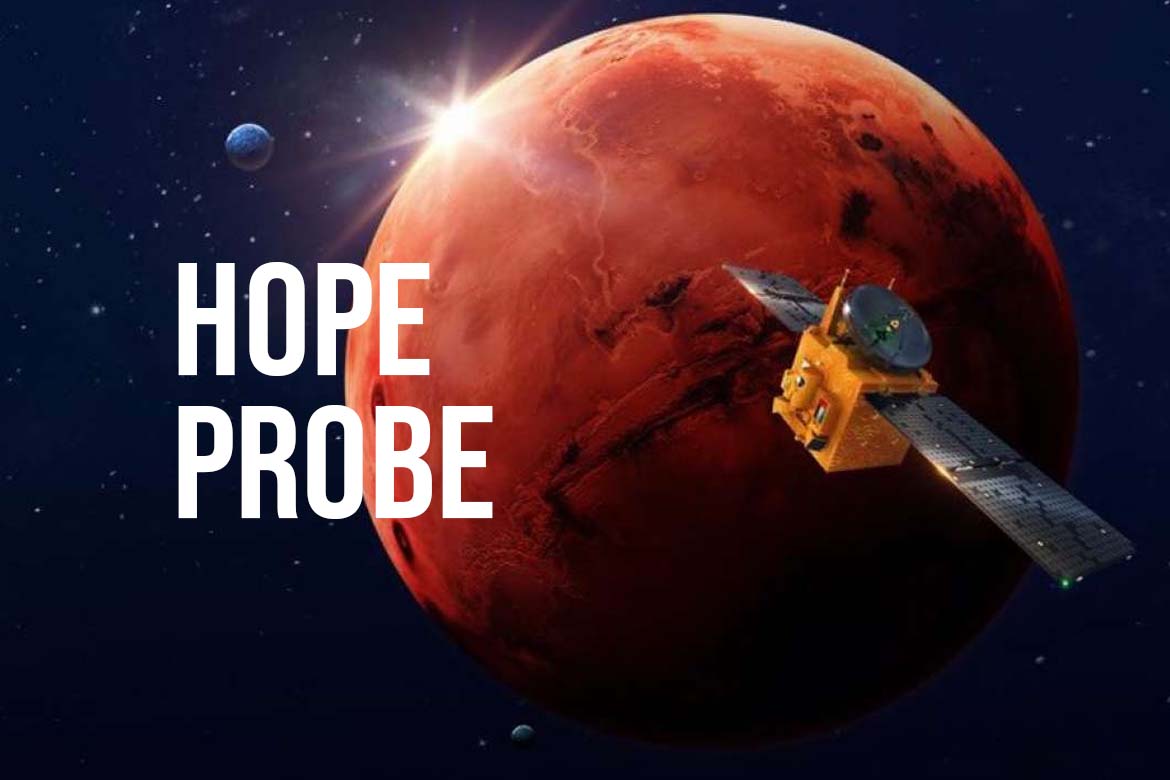 The Hope Probe has circled the Red Planet over 170 times after the historic Mars Orbit Insertion (MOI) on February 9, 2021.

This was revealed on the occasion of the first anniversary of Hope Probe’s successful entry into Mars’ orbit marking a historic achievement for the Emirates and the Arab world.

The Hope Probe successfully reached the Red Planet’s orbit at 19:42 on February 9, 2021, completing one of the most complex and intricate stages of its mission, after a 493 million kilometre, seven-month journey through space.

On this milestone occasion, Sarah bint Yousef Al Amiri, Minister of State for Advanced Technology and Chairwoman of the UAE Space Agency said, “Tuesday 9 February 2021 has become a historic occasion for the Emirates, marking a unique achievement for our young nation. The Hope Probe is an inspiring success story for the youth of the Emirates and the Arab world in general and comes as the culmination of a multinational effort to drive the development of our space sector, contribute to our growing space sector and bring new insights into our human understanding of our nearest planetary neighbour – Mars.”

The Hope Probe which completes one cycle every 55 hours has registered numerous scientific achievements by observing previously unknown phenomena.

The Probe is scheduled to continue its scientific mission to explore Mars until the middle of 2023, with the possibility of extending it for an additional Martian year (two Earth years).

Salem Butti Salem Al Qubaisi, Director General of the UAE Space Agency, said that 9 February 2021 marks a defining moment in the history of the national space sector. “The successful arrival of the Probe and the unprecedented scientific data it collects contribute to strengthening the UAE’s position regionally and globally in the space sector,” he said. “In addition, these achievements open up broad prospects for the development and prosperity of the national space sector aimed at boosting its contribution to the UAE’s GDP – as it is one of the most prominent sectors of the future economy based on innovation and knowledge.”

The first two batches of scientific data were published in October and January respectively. The first batch included scientific data gathered from 9 February to 22 May and totalled 110 GB. Almost 2 terabytes (TB) of data have been downloaded from the Emirates Mars Mission Science Data Centre, including 1.5TB in the form of data from the Emirates Exploration Imager (EXI) camera.

The second tranche of data released included 76.5GB of unadjusted data from 23 May to 31 August 2021. The volume of scientific data that has been shared with the global scientific community totals 312 GB, while the total size of downloaded files totals 6.1 TB.

Eng. Omran Sharaf, Director of the Emirates Mars Mission (Hope Probe), said that the celebration of the first anniversary of the spacecraft’s successful arrival is the culmination of years of tireless and dedicated work by the Emirati project team together with our knowledge partners at the University of Boulder, Colorado. It reflects the UAE’s significant contribution to the scientific progress of humanity, as it provides unprecedented data about the Red Planet.

The Hope Probe has made several key new observations of Martian atmospheric phenomena. On June 30, the Emirates Mars Mission Hope Probe project revealed the first images of its kind that fully and unprecedentedly monitor the phenomenon of ‘Discrete Aurora’ in the atmosphere of Mars at night using ‘extreme ultraviolet’ emissions and never-before-seen images of Martian dust storms as they billow across the planetary surface.

The Probe captured an image showing a dramatic occurrence of Martian water-ice clouds. Like cirrus clouds on Earth, these clouds form when water vapour in the Martian atmosphere freezes into tiny ice particles. The complex structure of these clouds is largely due to interactions between winds and the surface.

In March 2021, the EXI camera (one of the three cameras on board the probe) captured multispectral images of this oblique view of the heavily cratered region known as Arabia Terra.

Multispectral images (obtained at multiple wavelengths) are very useful when investigating details of the surface and atmosphere of Mars.

Images of the fully illuminated hemisphere

In September 2021, scientists obtained a set of multispectral images of the fully illuminated hemisphere of Mars.

In January 2022, the sophisticated cameras obtained a half-illuminated view of Mars — the sun was just setting near the centre of the disk. The instruments onboard the probe detected several dust storms in this region of Mars at the time.

The EMM was initiated to disrupt and accelerate the development of the UAE’s space, education, science, and technologies sectors.

The Mohammed bin Rashid Space Center (MBRSC) was assigned by the UAE government to manage, develop, and execute all phases of the program, while the UAE Space Agency is charged with the general supervision of the mission.

How NFT is revolutionizing gaming in the...