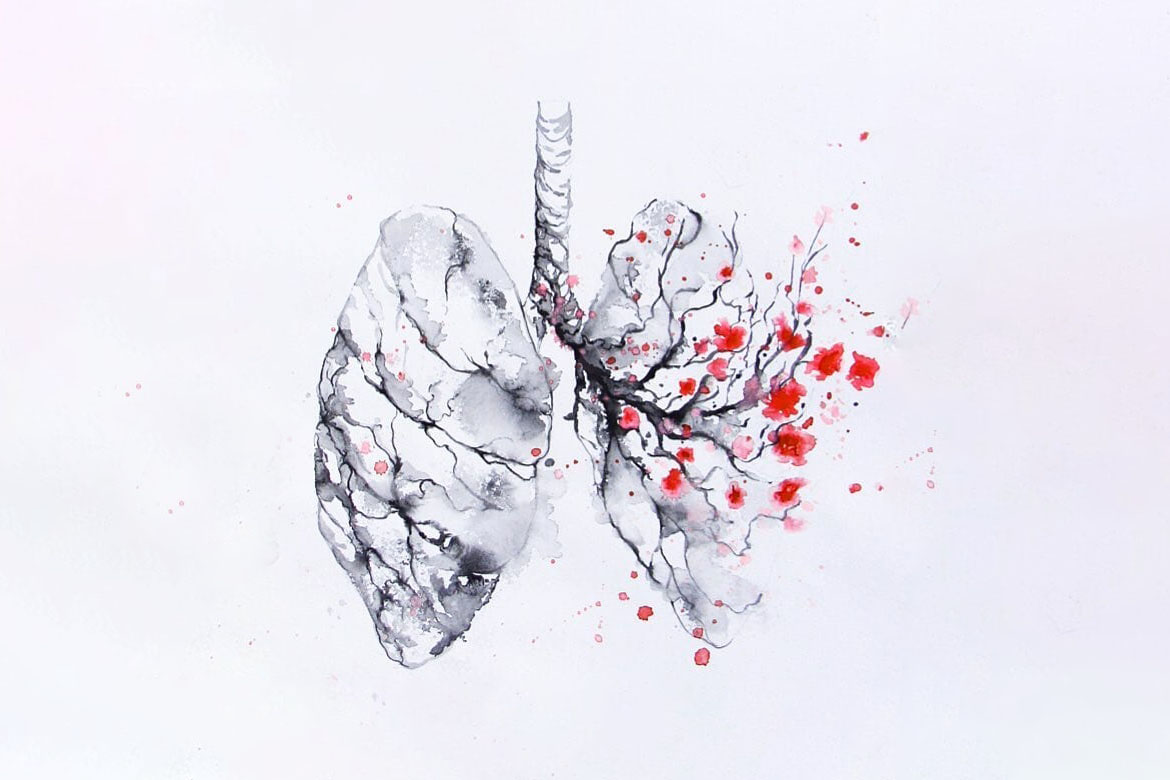 The researchers from the University of Sheffield and the University of Oxford said that hyperpolarised MRI scans had found abnormalities in the lungs of some COVID-19 patients more than three months and in some cases, nine months – after leaving the hospital when other clinical measurements were normal.

Researchers in the UK have identified persistent damage to lungs in COVID-19 patients at least three months after they were discharged from the hospital, and in some cases, the duration is even longer.

The study, conducted by Sheffield and Oxford researchers using a cutting-edge method of imaging, said the damage was not detected by routine CT scans and clinical tests, and the patients would consequently normally be told their lungs are normal.

Early research by the team has shown that patients who have not been hospitalised with COVID-19 but who are experiencing long-term breathlessness may have similar damage in their lungs, and a larger study is needed to confirm this, a release by the Sheffield University said on Wednesday.

In a paper published in Radiology, the world’s leading radiology journal, the researchers from the University of Sheffield and the University of Oxford said that hyperpolarised xenon MRI (XeMRI) scans had found abnormalities in the lungs of some COVID-19 patients more than three months and in some cases, nine months – after leaving the hospital, when other clinical measurements were normal.

The lead author of the study, Professor Jim Wild, Head of Imaging and NIHR Research Professor of Magnetic Resonance at the University of Sheffield, said, “the findings of the study are very interesting.

The 129 Xe MRI is pinpointing the parts of the lung where the physiology of oxygen uptake is impaired due to long-standing effects of COVID-19 on the lungs, even though they often look normal on CT scans.

“It is great to see the imaging technology we have developed rolled out in other clinical centres, working with our collaborators in Oxford on such a timely and clinically important study sets a real precedent for multi-centre research and NHS diagnostic scanning with 129Xe MRI in the UK,” the release quoted him as saying.

The study’s Principal Investigator Professor Fergus Gleeson, Professor of Radiology at the University of Oxford and Consultant Radiologist at Oxford University Hospitals (OUH) NHS Foundation Trust, said: Many COVID-19 patients are still experiencing breathlessness several months after being discharged from hospital, despite their CT scans indicating that their lungs are functioning normally.

“Our follow-up scans using hyperpolarised xenon MRI have found that abnormalities not normally visible on regular scans are indeed present, and these abnormalities are preventing oxygen getting into the bloodstream as it should in all parts of the lungs.”

The study, which is supported by the NIHR Oxford Biomedical Research Centre (BRC), has now begun testing patients who were not hospitalised with COVID-19 but who have been attending long COVID clinics.

Although we are currently only talking about early findings, the XeMRI scans of non-hospitalised patients who are breathless – and 70 per cent of our local patients with Long COVID do experience breathlessness ” may have similar abnormalities in their lungs. We need a larger study to identify how common this is and how long it will take to get better,” Prof Gleeson explained.

“We have some way to go before fully comprehending the nature of the lung impairment that follows a COVID-19 infection. But these findings, which are the product of a clinical-academic collaboration between Oxford and Sheffield, are an important step on the path to understanding the biological basis of long COVID and that, in turn, will help us to develop more effective therapies,” Gleeson said.

The Pulmonary, Lung and Respiratory Imagining Sheffield (POLARIS) research group led by Professor Jim Wild at the University of Sheffield pioneered the methods, development and clinical applications of hyperpolarised gas lung MRI in the UK, performing the first clinical research studies in the UK and the world’s first clinical diagnostic scanning with this technology.

Face masks not required outdoors in schools in...

As Europe opens up, Hong Kong battles a...

You can use Dubai Metro nol card...