A Team China short track skater has been accused of cheating for allegedly sliding a marker that caused a Canadian opponent to fall during a race on Monday. 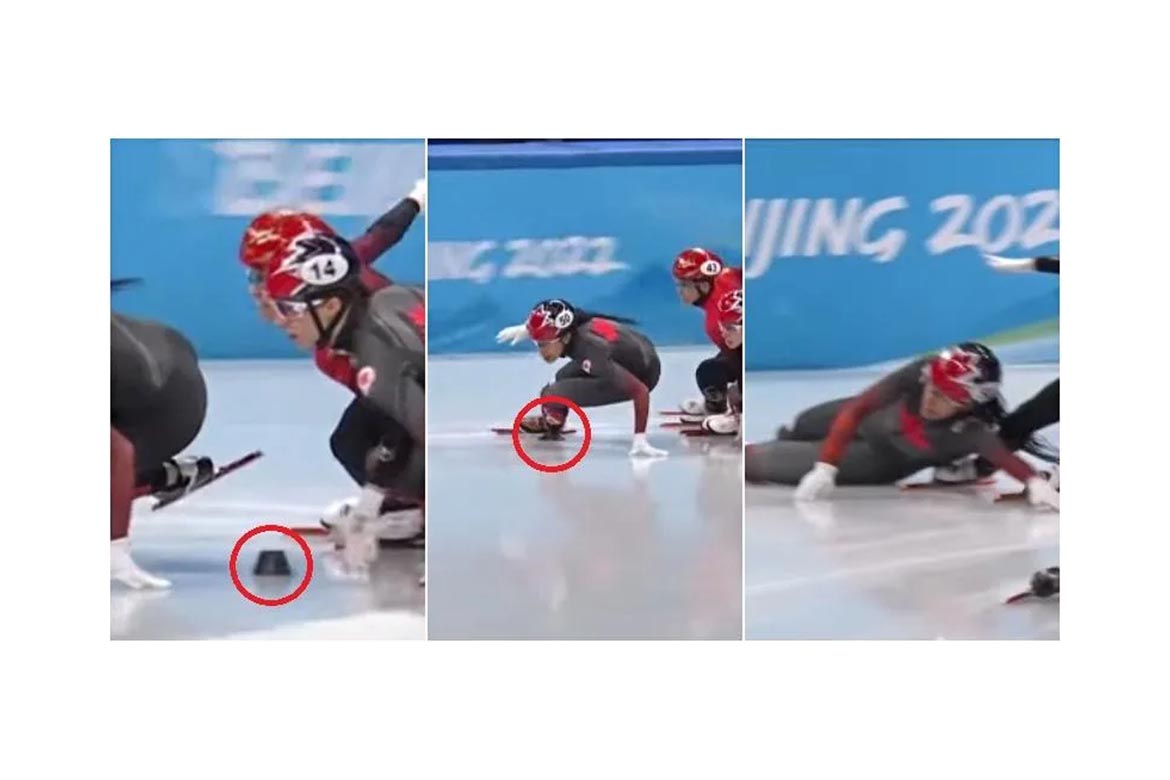 The moment in the women’s 500-meter quarterfinal was captured in a GIF that went viral on Reddit before being deleted and subsequently reposted.

The athlete in question was 28-year-old Kexin Fan, who in the GIF is seen reaching over the leg of another competitor to touch a puck, the marker used in the event.

Seconds later, the marker appeared to be flicked toward Canadian Alyson Charles, who then lost her balance and fell on the ice.

The Reddit thread, “‘Sportsmanship’ shown by the Chinese skater in the Beijing Olympics,” has drawn thousands of upvotes and comments, while the GIF was reportedly viewed more than 3 million times before it was deleted.

“This was some slick sh*t, it took me like 10 watches to figure out what happened,” one Reddit user wrote.

Another commented: “Took me several views to see that the hand throwing the puck actually belongs to the skater on the outside, snaking an arm past the Canadian skater on the inside of the turn. Gotta say the cheating shows amazing precision and coordination. Truly Olympic level cheat.”

This is not the first time Fan was involved in a competition controversy. In the 2018 Winter Olympics, her team was disqualified from the women’s 3,000-meter team relay final after she blocked a Korean skater.

“We are blessed to have the next Olympics in Beijing,” her teammate Zhou Yang said at the time, according to the South China Morning Post. “The Beijing Olympics will definitely be fair, most definitely.”

Canadian skater Kim Boutin ultimately won Monday’s 500-meter race and advanced to the semifinal. Her teammate, Florence Brunelle, finished second but was disqualified for tripping both Charles and Fan, according to The Independent.

Charles was also allowed to advance since she was in second place before falling. She finished fourth in the semifinal, third in the B final and eighth overall, as per News.com.au.

Half Million People Killed Since Omicron, It’s “Really Something”: WHO

Cristiano Ronaldo hailed as a ‘phenomenon’ and...