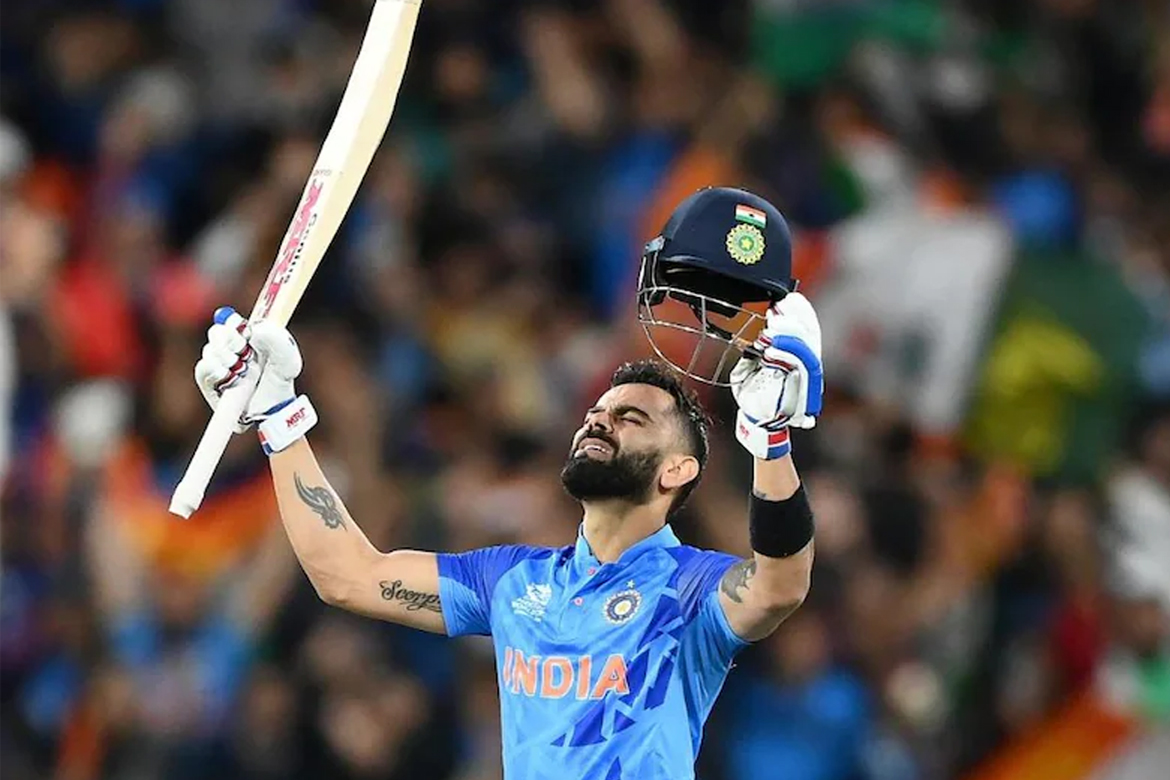 Virat Kohli is not used to this.

Cricket’s biggest star, despite being the tournament’s leading run-scorer, is not the name on everyone’s lips before Todays T20 World Cup semi-final against England.

Instead, it’s Suryakumar Yadav – the man they call SKY.

Surya Kumar has scored 225 runs in this tournament, 21 fewer than Kohli, but has done so at a staggering strike rate of 193.96.

When England captain Jos Buttler spoke at his pre-match news conference, he was asked how he would stop Suryakumar, not Kohli.

It has meant Kohli has, for once, drifted into the background.

Whether the 34-year-old will enjoy time out of the limelight can be debated. Kohli, though, should not be underestimated.

His extraordinary batting talents are well known. He has shown them already in this tournament when he guided India to victory over Pakistan in stunning fashion at the Melbourne Cricket Ground.

But at the Adelaide Oval, his record reaches a sphere few can match. It’s the place he describes as feeling “like home”.

“I absolutely love playing on this ground,” Kohli said. “Right from the nets at the back, as soon as I enter, it makes me feel at home.”

Kohli and Adelaide go way back.

It is the ground where a 23-year-old, slightly more round-faced, Kohli roared as he celebrated his first century in Test cricket.

He returned as a global superstar almost two years later and hit a hundred in each innings – thwarting Australia for more than nine hours across two knocks.

It’s an unfair comparison but Kohli has more international centuries at the Adelaide Oval than the great Don Bradman, whose statue sits behind one of the stands.

Across all formats, Kohli averages 75.58 at the ground, with two one-day international hundreds to add to his three in four Tests.

And in two Twenty20 matches, he has never been dismissed.

He hit a sublime 90 not out against Australia in 2016 and an unbeaten 64 against Bangladesh in the group stage of this World Cup.

“That knock at the MCG was meant to be, but when I come here, it’s like I’m meant to come to Adelaide and enjoy my batting,” he said earlier in the tournament.

“As soon as I knew the World Cup was in Australia, I was grinning from ear to ear.

“I knew good cricketing shots would be the key.”

A week on, back at Adelaide, Kohli was the first India batter into the nets on Wednesday afternoon.

He continued to bat largely with serenity, although he was floored at one stage by a delivery from Harshal Patel that hit him in the groin.

For the rest, the sound of the ball striking willow echoed around the empty Oval with every flick or powerful strike.

He took two bats into the nets with him, positioning one carefully to be propped up on the back of the stumps.

You could say he was making himself at home.

Kohli may not be the only talk in town but he should still be feared.

13% of Facebook employees will be laid off by Meta