Who will be crowned champions of Europe on Saturday in champions league 2021? 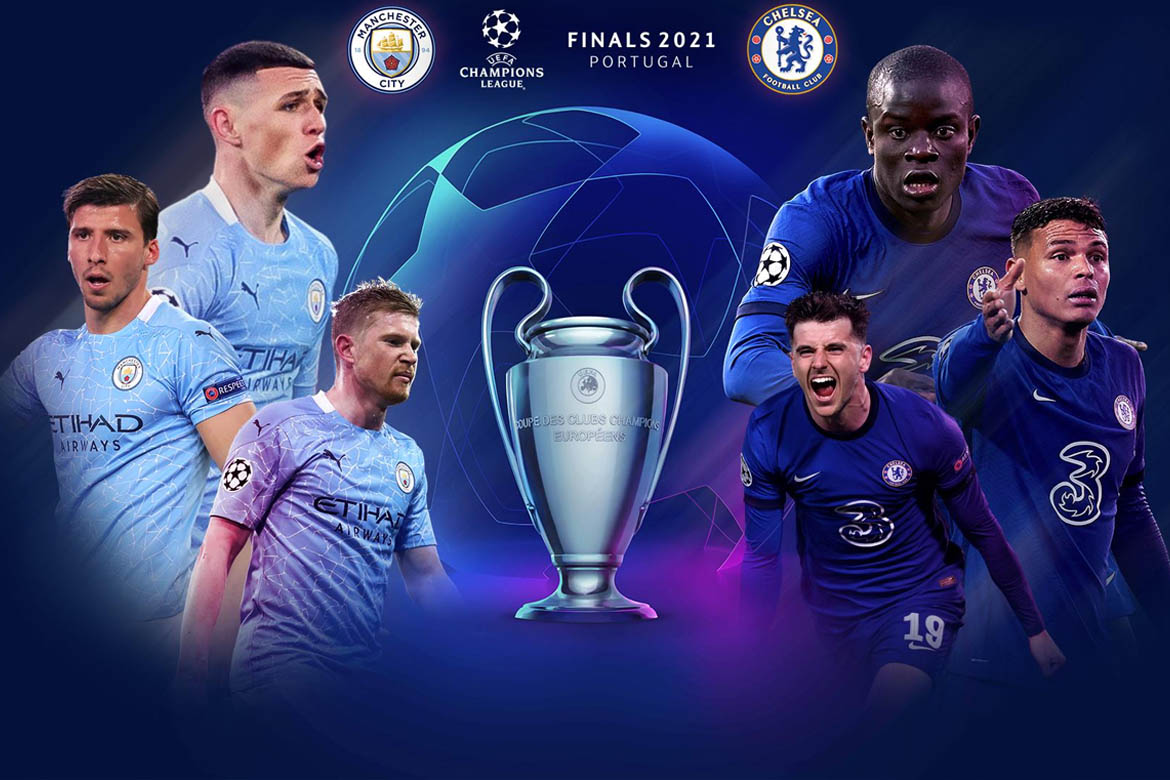 It’s an all-English Champions League final – but will it be Manchester City or Chelsea who will be crowned champions of Europe on Saturday?

Premier League champions City is looking to win the prestigious competition for the first time.

Chelsea, European champions in 2012, have beaten Pep Guardiola’s side twice in the league and FA Cup in 2020-21.

Up to 16,500 people will be allowed inside Porto’s Estadio do Dragao ground to watch.

Both sides have fully fit squads to choose from, although City midfielder Ilkay Gundogan looked like he took a minor knock in Friday’s training session after a collision with Fernandinho.

“I know exactly the way we want to play, with who we’re going to play and I’m not going to bother them much,” Guardiola said.

“It’s an incredible experience to be here. I know exactly what I’m going to tell them. For the guys who are anxious and nervous, I will tell them that’s normal.

“I’m pretty sure we have to suffer to win the final. It’s nice to say enjoy it but sometimes it’s not possible. You have to be resilient and adjust.”

City midfielder Kevin de Bruyne said: “If you win, you’re a hero. If you lose, you’re almost a failure. Coming to this stage is incredibly well done by the team but if you don’t win it’s something you don’t want to experience.

“It’s been one of the goals of the club and the players. Being able to be there tomorrow [Saturday] and to perform on the highest stage in the world is something of a privilege.”

City’s Spanish boss Guardiola is looking to win the Champions League for the third time after steering Barcelona to triumphs in 2009 and 2011.

“I have full trust that everybody wants it,” said Tuchel. “It is about hunger and always on the highest level in sport, it comes down to how bad do you want it? I have felt we very concentrated, focused and disciplined in the build-up this week.

“It’s always tough to play against City, Bayern or Barcelona when Pep is on the sidelines. He creates huge belief and success and has a huge winning mentality.

“Maybe at the moment they are the strongest team in Europe, in the world, and they have built a huge gap between us in the league but we closed the gap for 90 minutes in Wembley and closed the gap again in Manchester.”

The final will be decided on the day, with 30 minutes of extra time and then penalties if required.

Each side will be allowed five substitutions, with a sixth permitted for each side if the final goes to extra time.

Tuchel said: “The penalty shootout [in the Europa League final] was fantastic in terms of quality from the takers. I don’t think I have ever seen something like this – 20 penalties in a row with no miss and so well taken.

“We have identified the guys who should take the penalties for us but I don’t know who is in the end on the pitch so we need to be well aware but if we go to penalties we go in together and out together.”

The video assistant referee (VAR) system will be used, while City has been designated the ‘home team, which means they will play in their traditional sky blue and white colours.

This year final will air in over 200 countries around the world, with the opening ceremony taking place about 10 minutes before the biggest game in European club football kicks off. Where is it taking place?

The final was due to be staged at Istanbul’s Ataturk Olympic Stadium in Turkey but was switched earlier this month to the Portuguese city of Porto because of coronavirus restrictions.

Portugal is on England’s green list for travel, so players and fans can attend without having to quarantine on their return home. Turkey is on the red list.

It is the second successive year the final has been held in Portugal, with Lisbon the location for the delayed final stages of last season’s competition.

How many fans will be at the final?

The 2020 final between Bayern Munich and Paris St-Germain was played behind closed doors in Lisbon.

However, there will be up to 16,500 supporters present for this year’s edition – about one-third of Estadio do Dragao’s capacity – with Manchester City and Chelsea each receiving an allocation of approximately 6,000 tickets.

There was a high demand for 2,800 tickets which were sold with independent travel. However, the unsold tickets were part of a charter package, which included subsidised flights at £200.

Meanwhile, a further 1,700 tickets made available by Uefa for the general public sold out on Tuesday. This is the third all-English final – and second in three seasons – in the Champions League.

In 2008, Chelsea lost 6-5 on penalties to Manchester United in Moscow after the match had finished 1-1 after 120 minutes.

Eleven years later, Liverpool beat Tottenham 2-0 in Madrid in the last final to be played in front of a capacity crowd.

If City beat Chelsea, they will become the sixth different English club to be crowned champions of Europe after Liverpool, Manchester United, Nottingham Forest, Chelsea and Aston Villa.

The last English team to win their first final was Aston Villa in 1982 against Bayern Munich.

6 Workouts you can do at Home