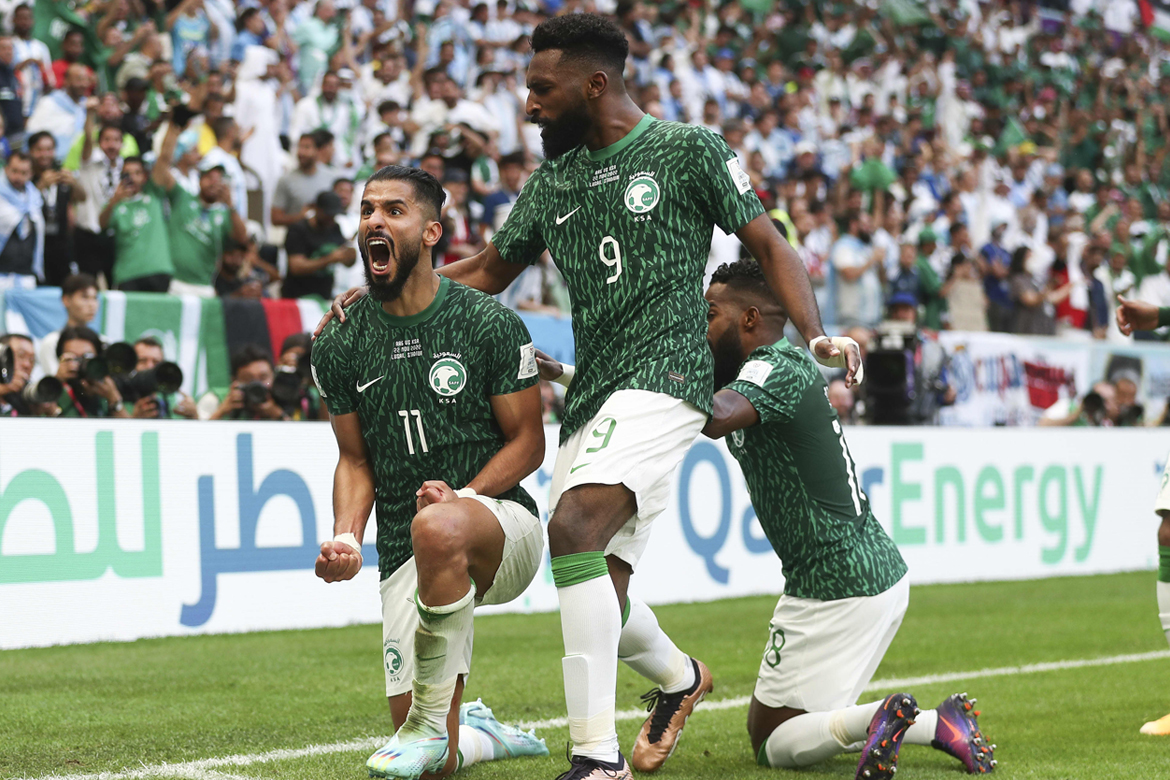 Leaders from across the region express their joy on social media.

There was joy and jubilation all around as Saudi Arabia’s football team scored a shock upset against Argentina in the World Cup on Tuesday.

In videos and photos circulating on social media, Saudi Crown Prince Mohammed bin Salman can be seen in a group hug, expressing his jubilation.

Despite plenty of possession, Argentina were unable to penetrate Saudi Arabia, who were competing in their sixth World Cup but had never previously won an opening game.

The 2-1 win against Lionel Messi’s much fancied side sent pride across the Arab World.

The Saudi win is particularly notable as this is the first Fifa World Cup to be held in the Middle East.

His Highness Sheikh Mohammed bin Rashid Al Maktoum, Vice-President and Prime Minister of the UAE and Ruler of Dubai, also tweeted after the match to congratulate the Saudi team. “A deserved victory. Combative performance. An Arab joy,” he wrote in his post.