WTC Final Day 4 has been abandoned due to persistent rain 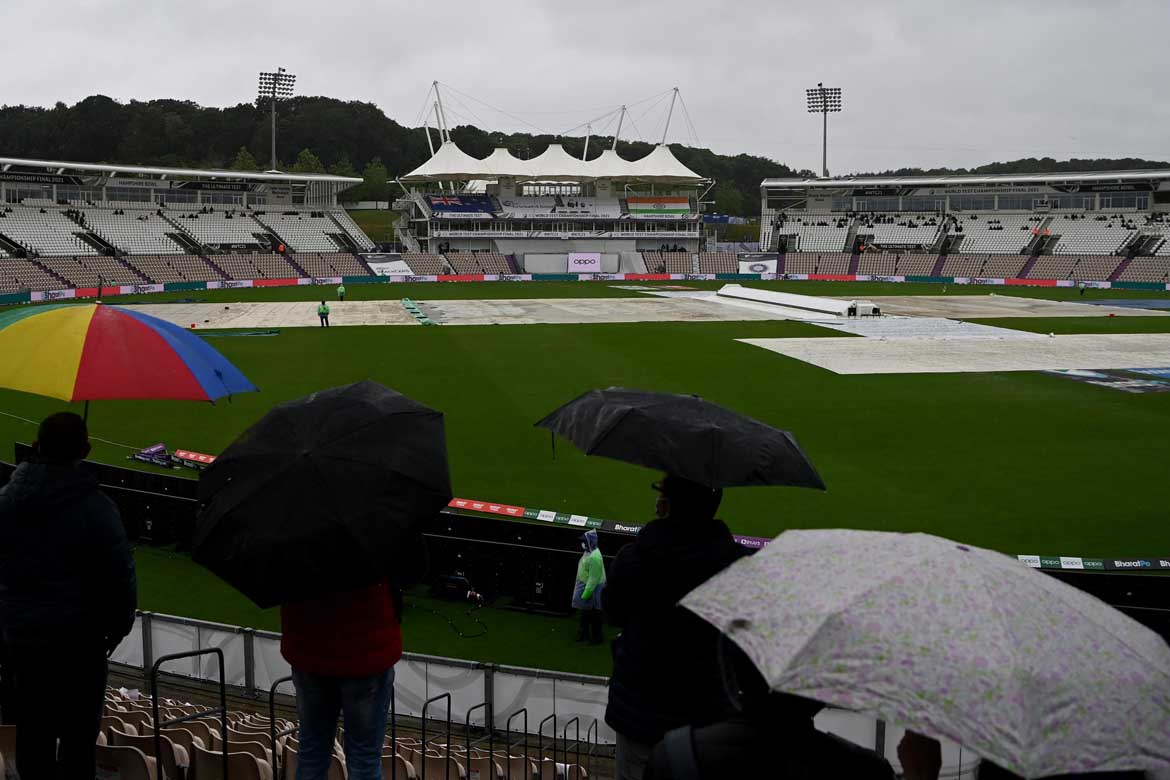 World Test Championship Final Day 4 has been abandoned due to persistent rain at the Rose Bowl, Southampton.

New Zealand lost a couple of wickets late yesterday. Bumrah had just got into a nice groove with the clouds swooping in, but lost half an hour of a potentially great battle between bat and ball.

Like the BlackCaps wrapped up India’s innings in the first session of Day 3 for 217, India needs a similar performance from their bowlers. However, weather conditions will once again play a vital role in the proceedings at the Rose Bowl, Southampton.

Day four of the #WTC21 Final has been abandoned due to persistent rain ⛈️#INDvNZ pic.twitter.com/QvKvzQCphG

The weather forecast shows that there is a high percentage of rain throughout the day.

Earlier on Day 3, India could add only 71 runs to their overnight score before they were bundled out. Kyle Jamieson was the pick of the bowlers taking five wickets for 31 runs.

Rahane was the highest run-scorer with 49 runs to his name. The only batsman in the Test so far to score a half-century is Kiwi opener Devon Conway who is in brilliant form having scored two centuries against England.

Luckily, the weather forecast for the next two days looks promising. The reserve day is bound to come into play until and unless there is a monumental batting collapse from both teams.

How much gold jewelry can an NRI citizen carry to India?

Italy reached the final of the European...