In a future filled with electric cars, AM radio may be left behind 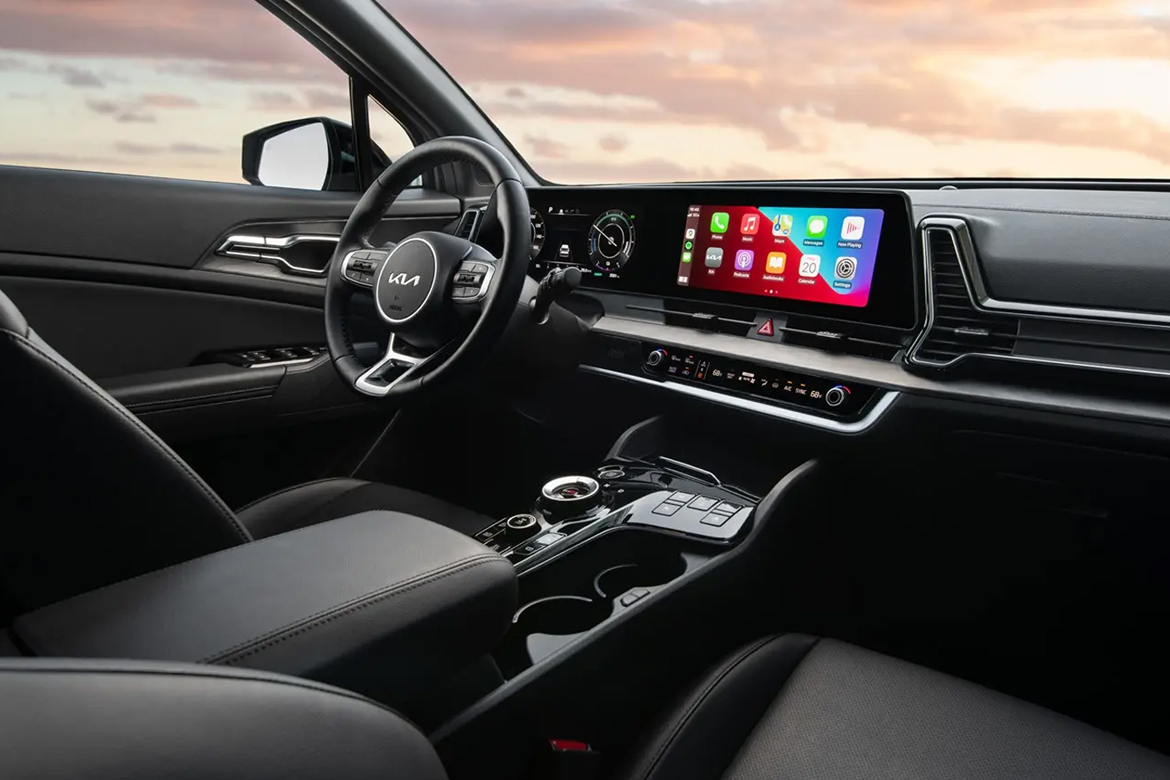 An increasing number of electric models have dropped AM radio in what broadcasters call a worrisome shift that could spell trouble for the stations and deprive drivers of a crucial source of news in emergencies.

For nearly 100 years, drivers have been listening to AM radio, an American institution crackling with news, traffic, weather, sports and an eclectic variety of other programs.

But that dashboard staple could be going the way of manual-crank windows and car ashtrays as electric vehicles begin to grab more of the U.S. marketplace.

An increasing number of electric models have dropped AM radio in what broadcasters call a worrisome shift that could spell trouble for the stations and deprive drivers of a crucial source of news in emergencies.

Carmakers say that electric vehicles generate more electromagnetic interference than gas-powered cars, which can disrupt the reception of AM signals and cause static, noise and a high-frequency hum. (FM signals are more resistant to such interference.)

“Rather than frustrate customers with inferior reception and noise, the decision was made to leave it off vehicles that feature eDrive technology,” BMW said in a statement, referring to the system that powers its electric vehicles.

Tesla, Audi, Porsche and Volvo have also removed AM radio from their electric vehicles, as has Volkswagen from its electric SUV, ID.4, according to the carmakers and the National Association of Broadcasters. Ford said that the 2023 F-150 Lightning, its popular electric pickup truck, would also drop AM radio.

Some experts say the reception problems are not insurmountable. Electromagnetic interference could be controlled with shielding cables, filters and careful placement of the electrical components in the vehicle, said Pooja Nair, a communications systems engineer at entertainment technology company Xperi Inc., which owns HD Radio technology.

But such changes require money and effort, and it’s not clear whether carmakers are willing to spend more in the service of AM radio fans. The Drive, a car news site that has reported on the trend, noted that AM radio has lost favor in Europe, so carmakers there might see less of a need to keep it.

If more electric vehicles drop AM radio, some broadcasters say they could lose a connection to their core listeners.

“It’s a killer for us because most of our listening audience is in the morning drive and afternoon drive, when people are going to work and coming from work — and if we’re not there in their car, we’re nonexistent,” said Ron January, operations manager at WATV-AM, an adult contemporary station in Birmingham, Alabama.

About 47 million Americans listen to AM radio, representing about 20% of the radio-listening public, according to the Nielsen Co., a media tracking firm. AM listeners tend to be older than other radio listeners (about one-third are over 65), and the amount of time they spend listening to AM has increased slightly over the past five years, to just over two hours a day, Nielsen reported.

Even though some AM stations have translators that send duplicate broadcasts over the FM airwaves, AM signals travel farther and reach more people. AM stations can also be less expensive than FM stations to operate, allowing some to offer programming geared toward specific religious, cultural or other communities.

Brian Winnekins, the owner of WRDN in Durand, Wisconsin, which has seven hours of farm-related programming available every weekday on AM and FM, said he has been urging listeners to tell carmakers not to drop AM, noting that it can reach farmers in remote areas.

“If you can make a vehicle drive by itself,” Winnekins said, referring to the driver-assistance systems in Teslas and other vehicles, “you can make a decent radio receiver.”

Nola Daves Moses, distribution director at Native Voice One, which distributes Native American radio programs, including some in Indigenous languages, said she hoped that more Americans would switch to electric vehicles.

But “if radio disappears out of cars, that would be really devastating,” she said. “Is this a first step? Is FM next?”

In a letter to 20 car manufacturers published Dec. 1, Sen. Edward Markey, D-Mass., requested that they keep AM radio in electric vehicles, describing it as an issue of public safety.

“Despite innovations such as the smartphone and social media, AM/FM broadcast radio remains the most dependable, cost-free, and accessible communication mechanism for public officials to communicate with the public during times of emergency,” Markey wrote. “As a result, any phaseout of broadcast AM radio could pose a significant communication problem during emergencies.”

Many AM broadcasters say their stations’ news reports are the quickest way for drivers to find out about tornadoes, flash floods and other severe weather. Diane Newman, operations and brand manager at WWL in New Orleans, said that during Hurricane Katrina and other natural disasters, the station carried vital information about rescue and recovery efforts.

“There was no Wi-Fi; there were no phone connections,” Newman said, adding, “You take away AM radios in cars and you take away a lifeline, a connection when the community needs you most.”

“The challenge for AM’s survival may be more about broader demographics than autos,” said Michael Stamm, a cultural historian at Michigan State University who studies media. “Do younger people care about AM at all, in cars or otherwise?”

Not all young drivers have moved away from AM radio.

“AM is where you get the information,” said Alex Cardenas-Acosta, 34, a Saab driver who works at an auto repair shop in Union, New Jersey. Like many who drive gas-powered cars, he was unaware that some electric vehicles had dropped AM radio. Cardenas-Acosta said he listens to the New York Mets on the transmission.

“I don’t think it should be taken away,” he said. “If you want to find something serious, instead of all that crap they have on FM, you turn on AM.”

Outside a Tesla dealership in Springfield, New Jersey, several Tesla owners said they were not terribly bothered by the lack of AM radio. The company began phasing it out several years ago, prompting a 2018 headline in The Wall Street Journal, “Your Tesla Can Go Zero to 60 in 2.5 Seconds But Can’t Get AM Radio.”

Brandon Utrera, 27, said he hadn’t noticed that the Tesla Model Y he bought five days earlier did not have AM radio. “The only time I really listen to AM radio is when the Yankees are on,” he said.

Utrera said his parents listen to it more than he does, although he couldn’t remember the station. “It’s for the old-timers,” he said.

This article originally appeared in The New York Times.

Purple Fest Goa in January, first-ever festival for persons with disabilities; all the details here