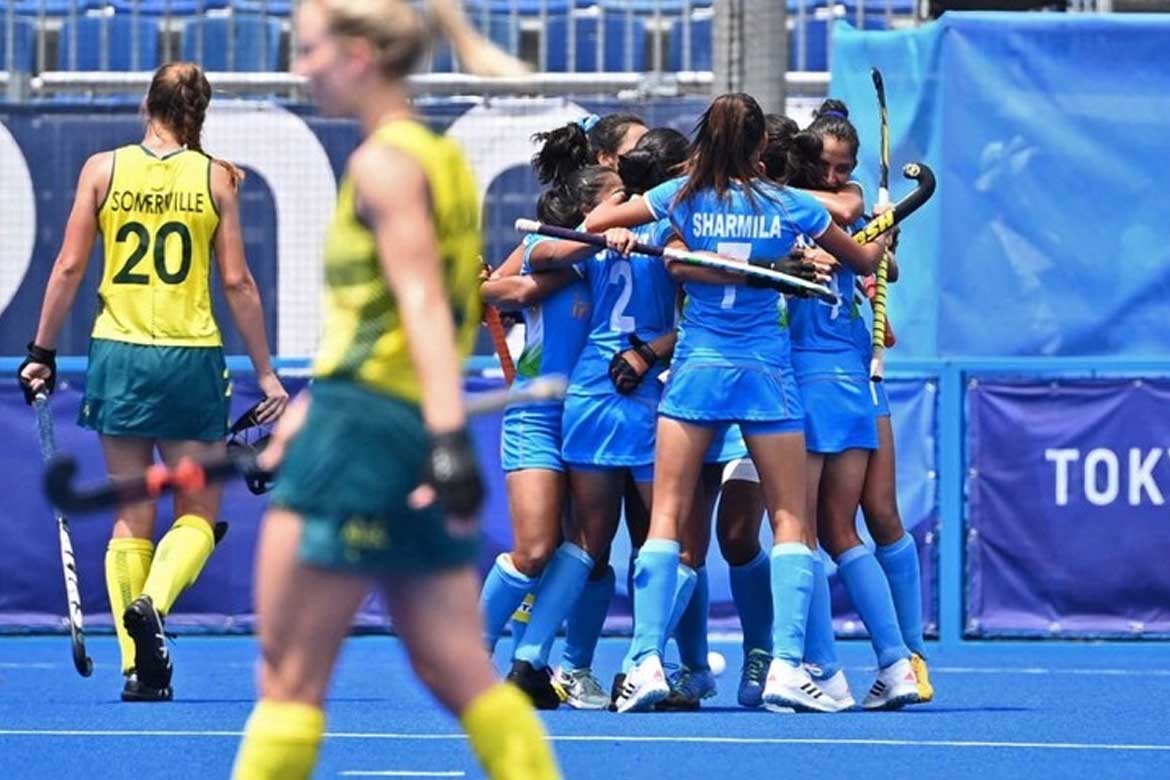 Tokyo: The Indian women’s hockey team scripted history on Monday by qualifying for the Olympic Games semifinals for the first time, beating three-time champions Australia by a solitary goal here.

A day after the Indian men’s team entered the Olympic semifinals following a 49-year gap, the world no. 9 women’s side also entered the history books with a phenomenally gritty performance.

Coming into the match, the odds were totally against India as in world no.2 Australia, a mighty unbeaten opponent, awaited them in the last four rounds.

But the Indians, determined to prove a point, produced a strong and brave performance to eke out the narrow win over the Australians.

Drag-flicker Gurjit Kaur rose to the occasion when it mattered and converted India’s lone penalty corner in the 22nd minute to surprise the Australians.

India’s best performance in the Olympics came way back in the 1980 Moscow Games where they finished fourth out of six teams.

In that edition of the Games, women’s hockey made its debut in the Olympics and the sport was played in a round-robin format with the top two teams qualifying for the final.

The Rani Rampal-led side will play Argentina in the semifinal on Wednesday.