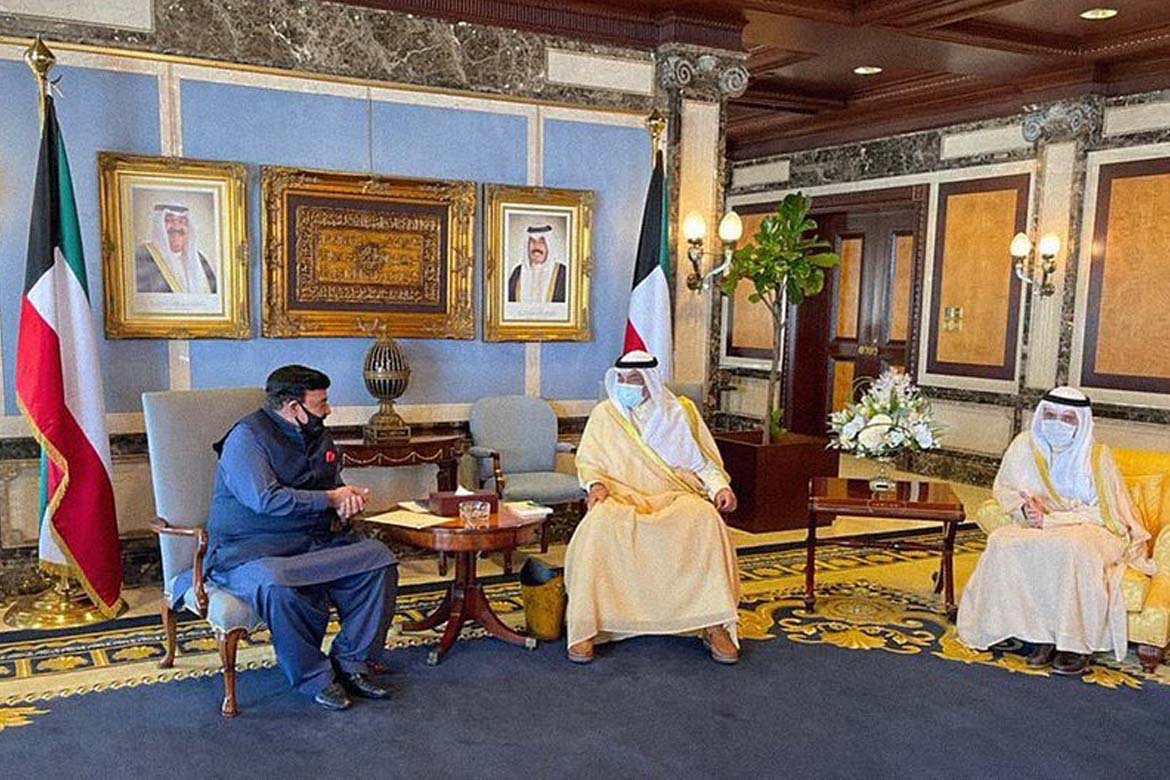 Now, Pakistanis working in the GCC can get an online visa for Kuwait

Kuwait has restored family and business visas for Pakistani citizens after 10 years.

Sheikh Rasheed, who is on an official visit to Kuwait, handed over a special letter written by Pakistan’s Prime Minister Imran Khan to his Kuwaiti counterpart.

The meeting also decided to issue technical visas for Pakistani workers in the medical and oil field.

Thanking the Kuwaiti PM for the restoration of visa for Pakistani citizens, Sheikh Rasheed said that after this decision, huge job opportunities will be available for his compatriots in Kuwait. By lifting the ban on a business visa, the trade will also increase between the two countries.

Speaking on the occasion, the Kuwaiti PM said that the relations between the two countries span over seven decades and there is a relationship of love and trust between the people of Pakistan and Kuwait.

Rasheed said that the relations between both countries were based on mutual brotherhood and love. “All Pakistanis consider Kuwait as their second home,” he added.

He said that the restoration of work visa will create new employment opportunities for Pakistanis, adding that it would also boost trade between the two countries.

Argentina no longer hosting Copa America due to coronavirus surge

No quarantine for Covid-vaccinated travelers in Saudi Arabia