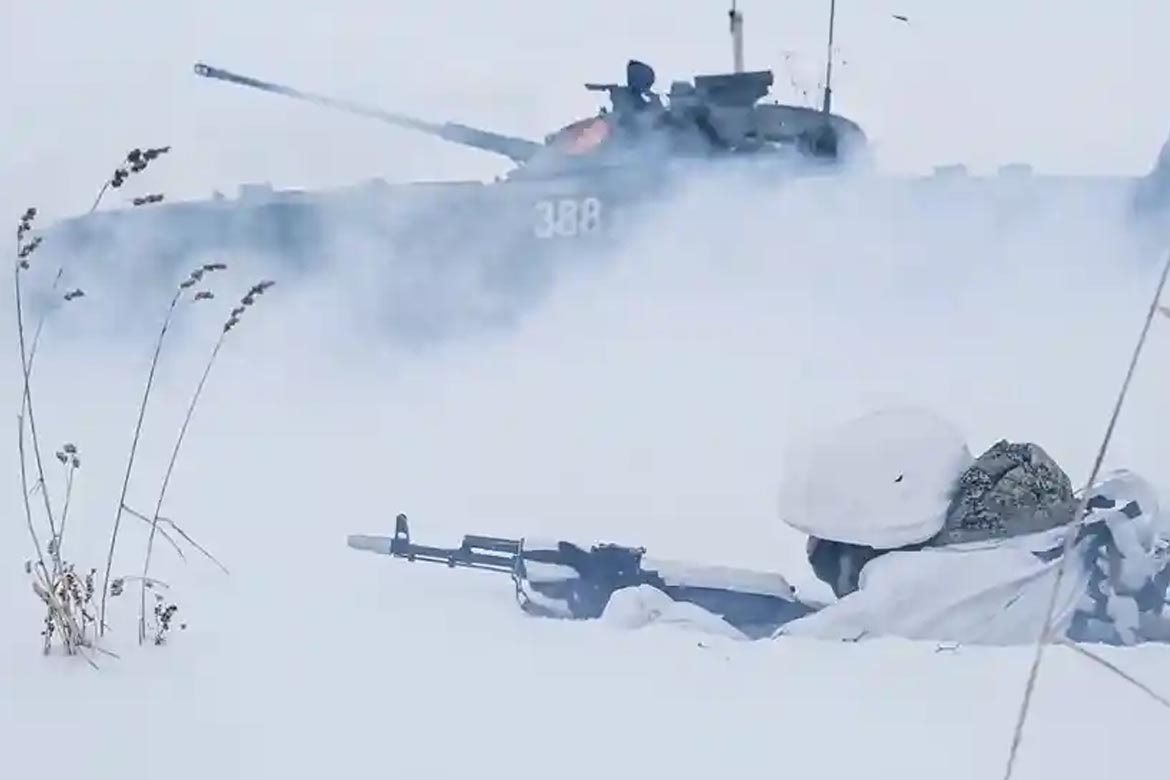 Belarus is a close ally of Russia and has a long border with Ukraine.

France called the drills – believed to be Russia’s biggest deployment to Belarus since the Cold War – a “violent gesture”. Ukraine says they amount to “psychological pressure”.

Russia has repeatedly denied any plans to invade Ukraine despite massing more than 100,000 troops at the border.

But the US and other Western countries have warned that an attack could come at any time.

The exercises – known as Allied Resolve 2022 – are taking place close to the Belarusian border with Ukraine, which is a little over 1,000km (620 miles) long.

There are fears that if Russia tries to invade Ukraine, the exercises put Russian troops close to the Ukrainian capital, Kyiv, making an attack on the city easier.

Belarus leader Alexander Lukashenko is a firm ally of Russian President Vladimir Putin and the two countries have created a so-called “Union State” which includes economic and military integration. The Kremlin-backed Mr Lukashenko after a disputed election in 2020 that led to protests in Belarus.

The US says some 30,000 Russian troops are expected to take part in the drills with Belarus, although Moscow and Minsk have not disclosed the exact number of participants.

The objective of the war games is to practice “repelling external aggression with a defensive operation”, according to the Russian defence ministry. Troops will also perform drills to protect the border and block delivery channels for weapons and ammunition.

Russia insists that it has the right to move its troops freely across its own territory and that of its allies with their agreement. It says the troops in Belarus will return to their bases after the exercises.

A Kremlin spokesman described the joint drills as serious, saying Russia and Belarus were being “confronted with unprecedented threats”.

Russia is also holding naval exercises in the Black Sea and Sea of Azov – both on Ukraine’s southern flank – which Kyiv says are having economic consequences in the region.

But Ukraine and its Western allies have expressed concern over the drills.

“The accumulation of forces at the border is psychological pressure from our neighbours,” Ukrainian President Volodymyr Zelensky said on Thursday.

French Foreign Minister Jean-Yves Le Drian told France Inter radio that it was a “very violent gesture”, and the US has called the exercises an “escalatory” move.