World Cup 2022: France wins sets up a final and the Messi-Mbappe duel many craved 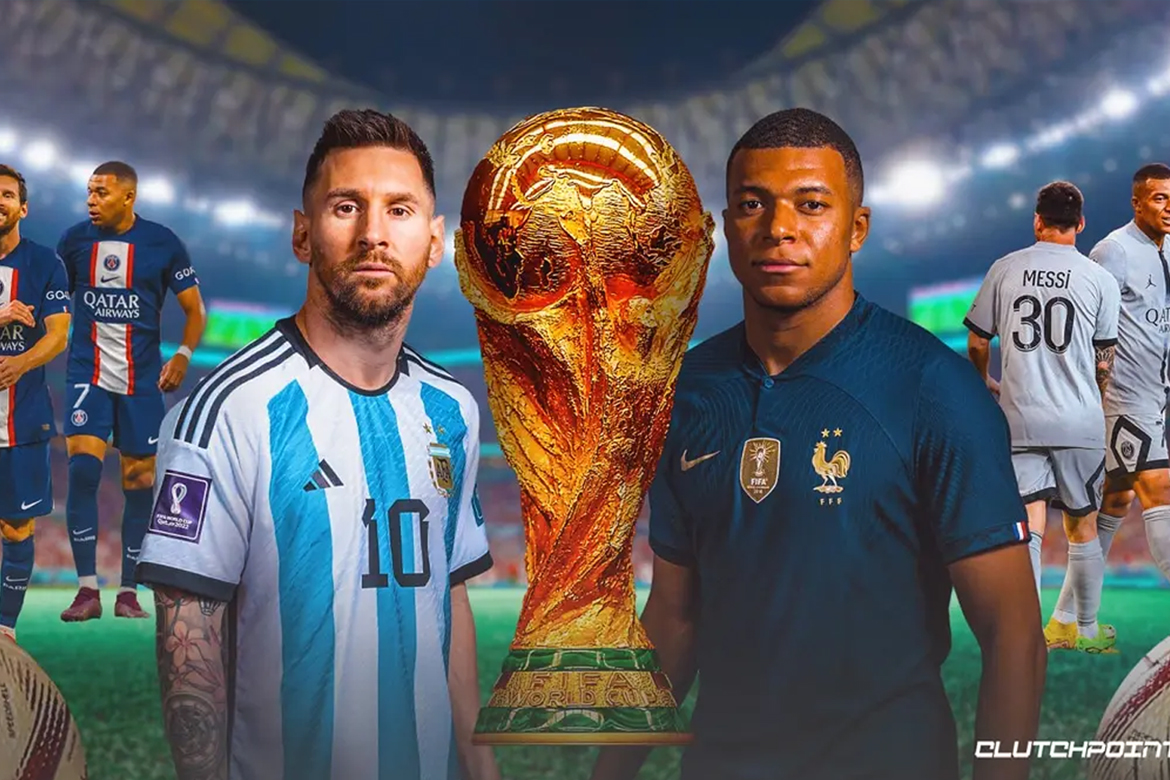 France dismantled one World Cup dream as they moved a step closer to fulfilling their own as the thrill ride that has been Morocco’s campaign in Qatar came to a painful conclusion at Al Bayt Stadium.

On a night of raw emotion and a cacophony of noise in Al Khor, holders France ended the romantic notions of this tournament’s glorious surprise package Morocco going even further than they already had in becoming the first African country to reach the semi-finals.

Morocco’s magnificent support, who flooded into Doha in their thousands to splash the stadium in red, were left tearful but proud as France finally made class and efficiency tell, striking at either end of a gripping encounter to win 2-0.

As Morocco’s players, staff and their inspirational coach Walid Regragui took a prolonged and thoroughly merited ovation in front of those adoring fans with their dreams broken, so another one came tantalisingly into view for Sunday’s final at Lusail Stadium.

Namely that of France v Argentina, and Kylian Mbappe v Lionel Messi. The Paris St. Germain team-mates will be international adversaries on the sport’s biggest stage.

The 23-year-old Frenchman is going for his second World Cup winner’s medal while the Argentine genius 12 years his senior has one last crack at winning the crown that would further bolster his claims to be the greatest to have ever played the game.

Mbappe’s status would be further cemented with successive World Cup triumphs as France aim to become the first country to retain the trophy, albeit it is actually now a different piece of silverware, for 60 years after Brazil won it in Sweden in 1958 and Chile four years later.

He was a scorer when France beat Croatia 4-2 in Moscow in 2018 and has the power to add to his tally now and in the future. Pele is the only man with three winners’ medals. Only 21 men, including Pele, have won more than one. It opens up remarkable possibilities for the France forward.

For Messi, the context is different.

He is at the end of a career in which he has won everything the game has to offer except for that single, significant gap in his honours collection. It is the biggest of all, the World Cup, and this is now or never after he lost the 2014 final to Germany in Rio.

It is Messi’s final World Cup game and Sunday is the day that could top it all, providing the perfect end to his story with Argentina. Anything else would feel despairing and hollow for the great sporting icon of his country.

The World Cup final could be one for the ages and on the evidence of what we have seen in Qatar it is too close to call. It could even come down to one moment of genius from the two players most likely to provide it.

France have got the job done in two tough knockout games against England in the quarter-final and here against Morocco.

They were tested in both in their different ways, England with the attacking threat they had and Morocco with their sheer refusal to buckle in adversity bolted on to plenty of skill, but they have come out the other side successfully.

The French had plenty of composure about them here despite Morocco exerting spells of pressure, their goals coming after five minutes from Theo Hernandez and the second from substitute Randal Kolo Muani, only 44 seconds after coming on, the third fastest goal by a substitute in World Cup history and his first for France.

And for coach Didier Deschamps, Sunday’s final offers up a place in history and the chance to add further decoration to his stunning career.

The 54-year-old, famously labelled “The Water Carrier” by France team-mate Eric Cantona for his tireless style and ability to win possession for other so-called more glamorous team-mates, captained his country to the World Cup on home soil in 1998.

Deschamps is only the fourth coach to lead a nation to back-to-back World Cup finals after Vittorio Pozzo with Italy in 1934 and 1938, Carlos Bilardo with Argentina in 1986 and 1990 and Franz Beckenbauer with Germany in 1986 and 1990. He would be only the second after Pozzo to win it twice.

He has gone about his business in his usual understated fashion despite losing Ballon d’Or-winning striker Karim Benzema virtually the moment France landed in Qatar, with 36-year-old Olivier Giroud stepping into the breach.

Even here, at this World Cup pressure point, he lost Adrien Rabiot and Dayot Upamecano to illness, the latter superbly replaced by Liverpool’s Ibrahima Konate to give Deschamps a tasty selection problem on Sunday.

And so the World Cup comes down to this.

France v Argentina. In the eyes of many, Mbappe v Messi.

It is the World Cup final many predicted and the personal duel between two greats many craved.