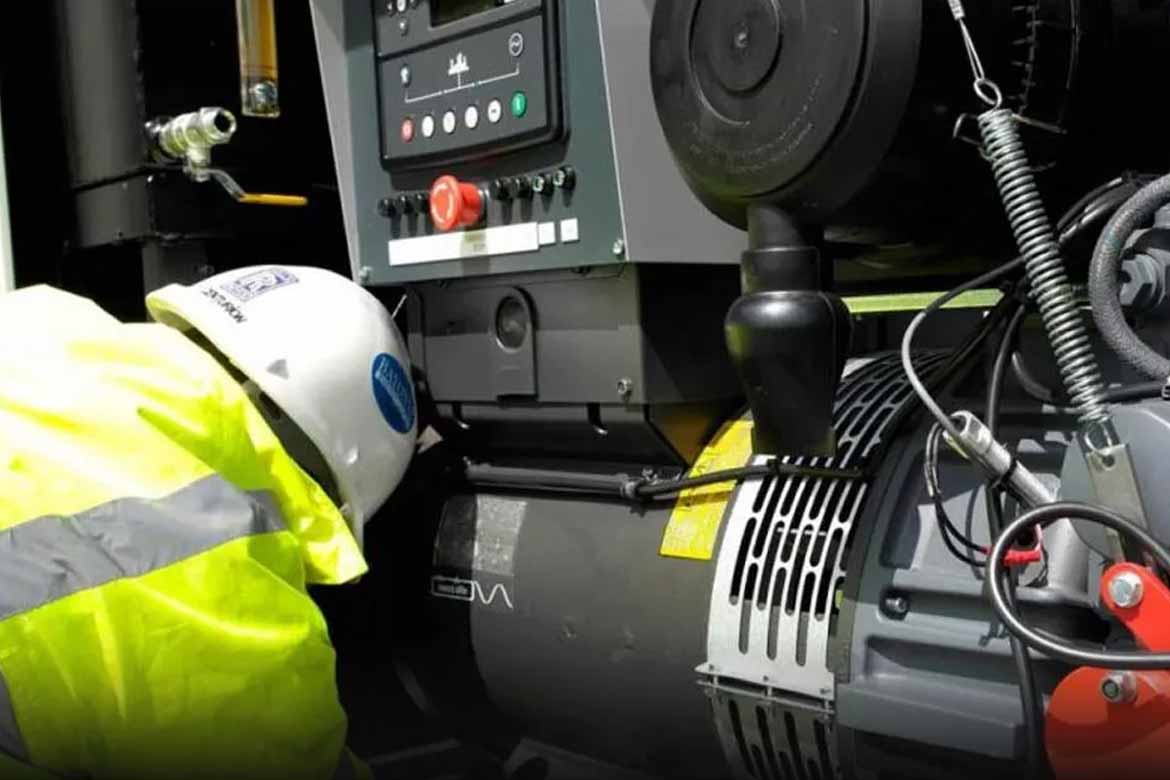 Are you facing any issues with your generators? Here are some Methods to troubleshoot the power failure in the generator.

A generator is a device that converts mechanical energy into electrical energy for use in an external circuit. At present, generators are widely used in offshore oil and gas, construction, events, telecoms, manufacturing industry, agriculture, national defense, science & technology, etc.

How does a generator work?

A generator works by moving electrical conductors through a magnetic field. If your generator doesn’t have magnets, it won’t produce electricity. The magnetic field is created by taking some of the generator output voltage and converting it to DC and feeding it to a coil to make an electromagnet.

Why won’t a generator produce electricity?

This is a hot topic that many users care about, I will analyze the reasons for you.

After the unit is running, the generator rotational speed reaches the rated speed, the AC exciter stator excitation circuit switch is closed, the voltage regulator is raised to the maximum direction, at this time, the generator has no output voltage, or the voltage is very low. That’s why a generator fails to produce electricity.

Why does such failure occur?

1. The residual magnetism of the generator core is disappeared or is too weak.

The polarity of the excitation winding is reversed. After electrifying, the magnetic field produced by the field winding current is counteracted with the residual magnetism, resulting in the disappearance of the remanence. In addition, when measuring the DC resistance of the excitation winding or testing the automatic voltage regulator AVR, without paying attention to the polarity, which will also cause the core remanence to disappear.

4. Circuit for DC side of rotary rectifier is interrupted

The generator can’t produce electricity due to AC exciter failure so the excitation winding of the AC synchronous generator has no excitation current.

How to solve it?

1. When the residual magnetism of the generator core disappears, magnetizing treatment shall be carried out.

The magnetizing method for the self-excited generator, usually using an extra battery or dry battery, uses its positive and negative poles to supply electricity for a short time towards the leading-out terminal of the excitation winding.

If the control panel of the diesel generator set is equipped with a magnetizing circuit, the toggle switch should be turned to a “magnetizing” position, which can magnetize the AC exciter.

3. Use a multi-meter ohm block to find the excitation winding broken line and connect it.

For the failure caused by poor contact, polish the surface oxide layer with fine sand cloth, the loose connection bolt and nut shall be firm.

Hope the above methods can help you restore your generator output power. If it still fails. you need to replace the automatic voltage regulator as it may be damaged.

A new warning is issued to iPhone...