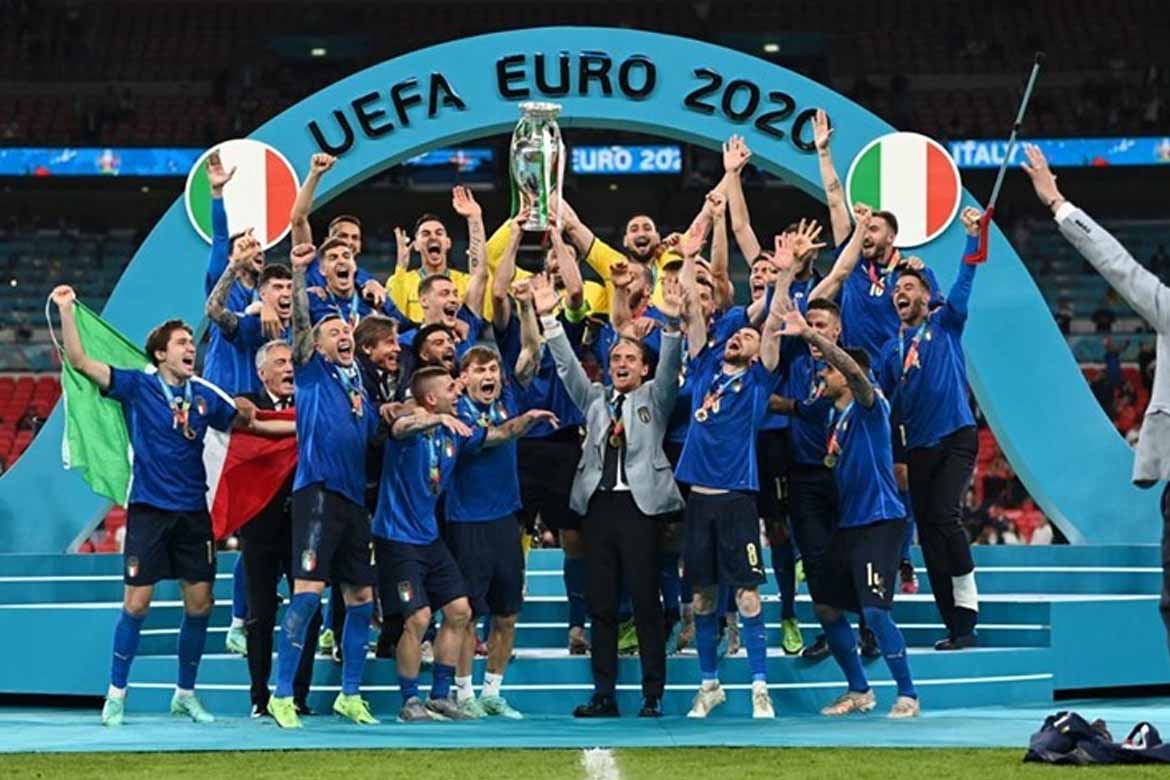 Italy won the European Championship for the second time by beating England 3-2 on penalties on Sunday. The match finished 1-1 after extra time at Wembley Stadium.

Gianluigi Donnarumma, Italy’s imposing goalkeeper, dived to his left and saved the decisive spot-kick by 19-year-old Londoner Bukayo Saka, one of the youngest players in England’s squad.

Less than four years ago, the Italians plunged to the lowest moment of their football history by failing to qualify for the World Cup for the first time in six decades.

Now, they are the best team in Europe and on a national-record 34-match unbeaten run under Roberto Mancini, their suave coach.

England went ahead in the second minute when Luke Shaw scored the fastest goal in a European Championship final.

Leonardo Bonucci equalised in the 67th.