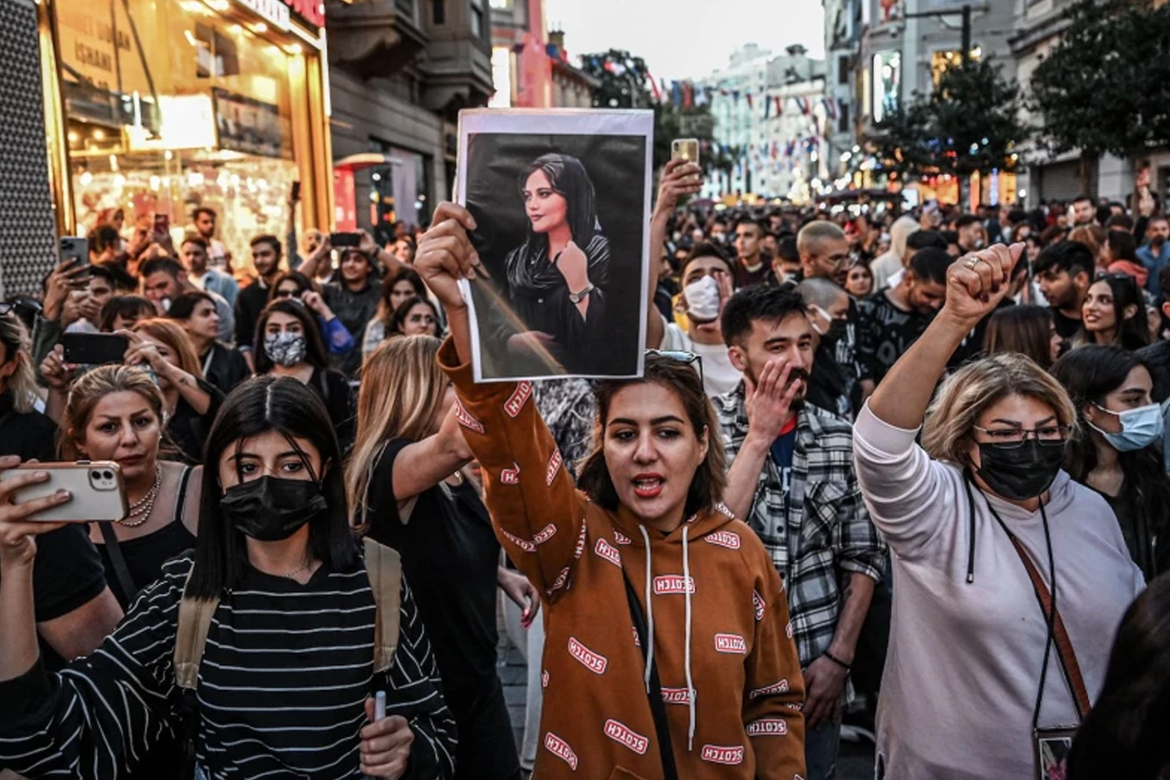 The Islamic republic has been rocked by civil unrest since the September 16 death in custody of Kurdish Iranian Amini, 22, following her arrest for allegedly violating Iran’s strict dress code for women.

The latest sentences, which can still be appealed, bring to 17 the total number of people condemned to death in connection with nearly four months of protests.

Four executions have been carried out and six of those sentenced to capital punishment have been granted retrials.

In addition, they were all found guilty of belonging to a “criminal group with the intention of disrupting the security of the country”, a charge that carries a 10-year jail term.

Two others were handed prison terms for the incident that led to the deaths of the three security force members in the central province of Isfahan on November 16, Mizan said.

One of them is professional footballer Amir Nasr-Azadani, 26, who received sentences totalling 26 years in prison on three different charges including assisting in “moharebeh”.

According to Iranian law, however, he should serve them concurrently, meaning he would be behind bars for 16 years, it said.

Nasr-Azadani’s case and the risk of him being sentenced to death had raised alarm abroad, mainly by FIFPRO, the world union of professional footballers.

All the sentences announced can be appealed before the country’s supreme court, Mizan said.

Iranian authorities say hundreds of people, including members of the security forces, have been killed and thousands arrested during the protests which they mostly describe as “riots”.

Iran’s supreme leader Ayatollah Ali Khamenei on Monday said that authorities have been dealing “seriously and justly” with those implicated in the “riots”.

“The goal of people present in the riots was not to overcome the country’s weaknesses but to destroy its strengths”, he said, according to his official website.

“There is no doubt that there are economic and livelihood problem, but can this problem be solved by burning trash cans and rioting in the streets?” he added.

“Undoubtedly, these actions are treason, and the responsible institutions deal with treason seriously and justly.”

The strange requests for plastic surgery in the UAE: When doctors have to refuse makeovers