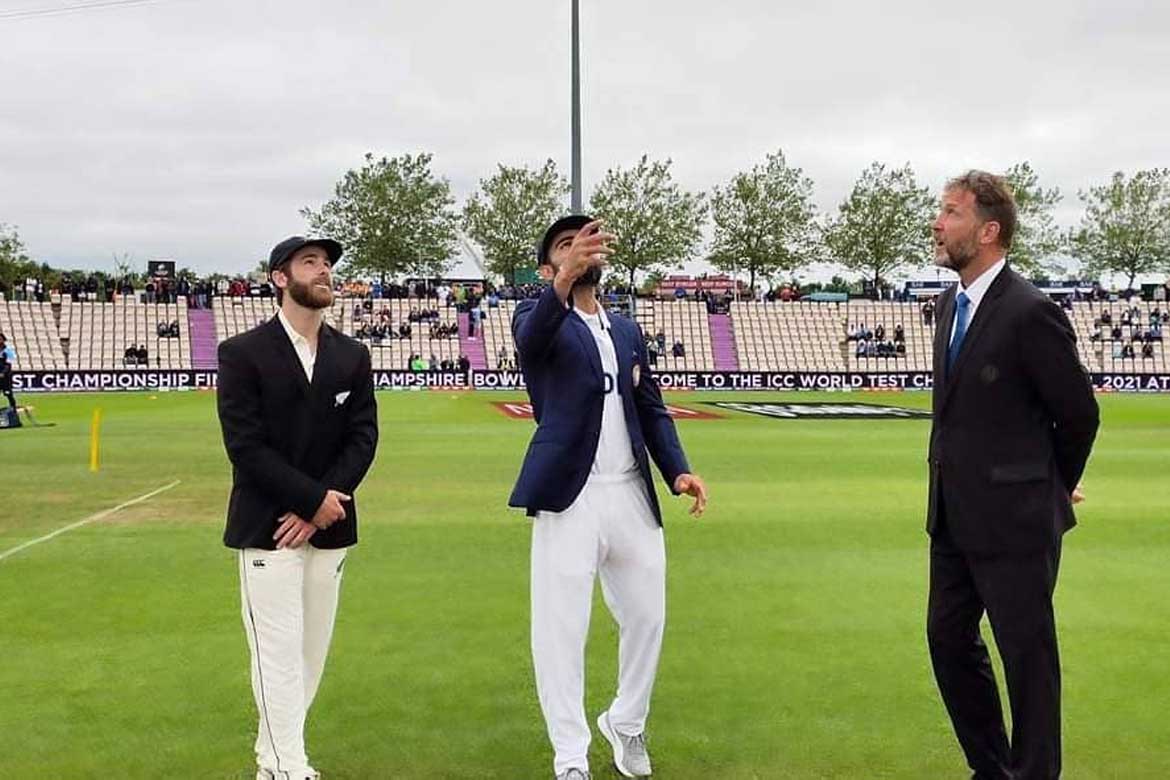 🇳🇿 skipper Kane Williamson has won the toss and elected to bowl first in the #WTC21 Final 🏏#INDvNZ pic.twitter.com/JLUNc8lSrR

Four seamers for NZ, with Colin de Grandhomme as the allrounder. No spinner. And they get to bowl first under overcast skies on a pitch that has been under covers all day yesterday and that has a fair amount of grass. Going to be a massive challenge for the Indian batting lineup.

New Zealand have won the toss and have opted to field

Right, Kohli and Williamson are marching out in their blazers for the toss. Moments away.