Argentina and Brazil will play in Copa America 2021 final 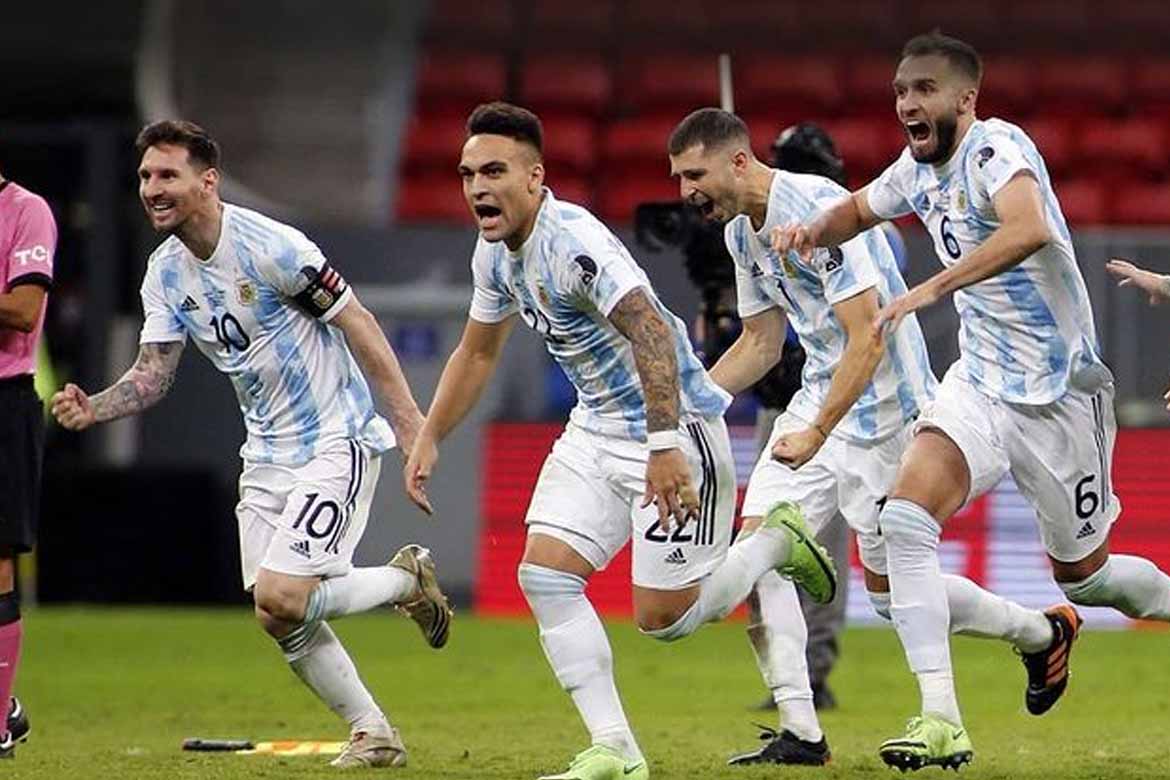 Argentines beat Colombia in a penalty shootout in the semifinals

The main time of the match ended with a score of 1: 1, according to the rules of the competition, in case of a draw after 90 minutes of the game, a penalty shootout is awarded. Lautaro Martinez scored in the Argentina national team (7th minute), Luis Diaz scored a goal for the Colombians (61). In the penalty shootout, the Argentines turned out to be stronger – 3: 2.

In the final, the Argentines will play with the Brazilians, who beat Peru on July 6 (1: 0). The decisive match of the tournament will take place on July 11. A day earlier, the Peruvians and Colombians will meet in the game for third place.

Highlights: Argentina and Brazil will play in Copa America 2021 final

The Argentines have won Copa America 14 times, in this indicator, they are second only to the Uruguayans, who have 15 trophies. The last time the Argentine team won the tournament was in 1993. The Brazilians are the current trophy holders, beating Peru 3-1 in the 2019 America’s Cup final. In total, the team has nine trophies.

The teams of Argentina and Brazil met in Copa America 33 times, the Argentines won 15 wins, the Brazilians – 10, eight matches ended in a draw. Previously, the national teams played against each other twice in the final matches, in 2004 the Brazilian national team won in a penalty shootout (2: 2, 4: 2). In the next tournament, held in 2007, they defeated the Argentines in regulation time (3: 0).

Italy reached the final of the European Championship 2020

Total lockdown to be imposed during Eid Al Adha in Oman

WTC Final Day 4 has been abandoned...