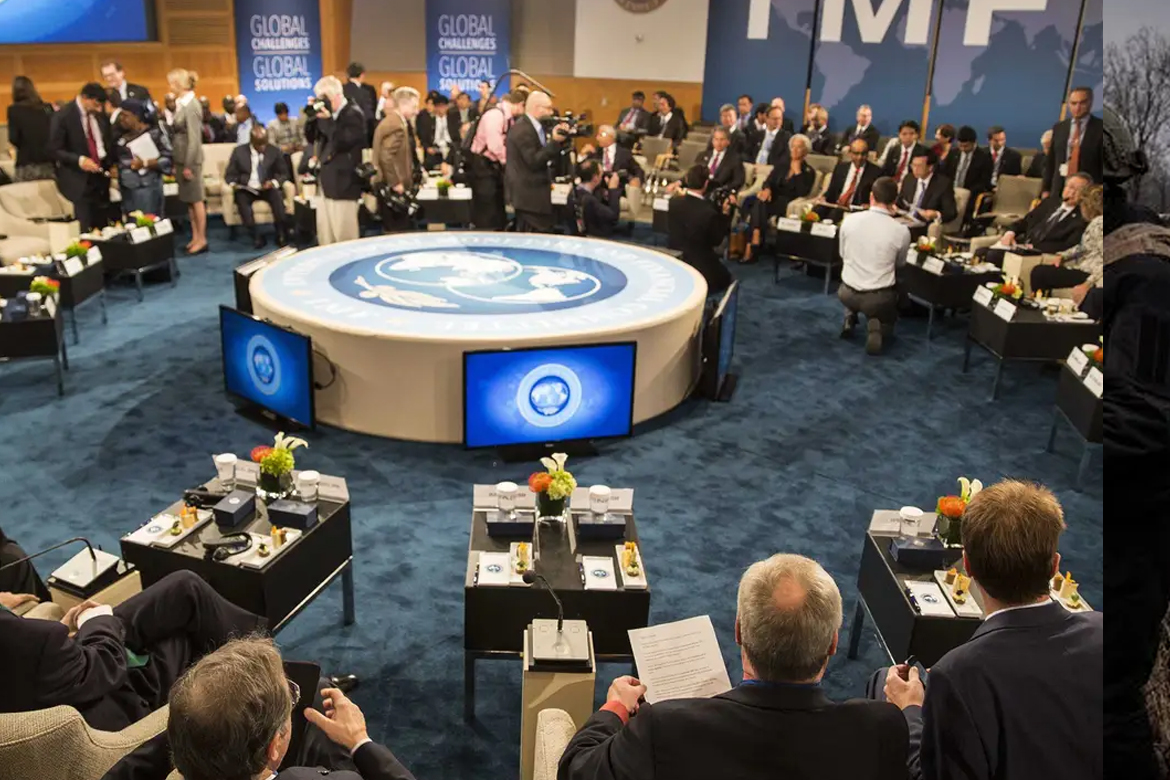 A third of the global economy will be in recession this year, the head of the International Monetary Fund (IMF) has warned.

Kristalina Georgieva said 2023 will be “tougher” than last year as the US, EU and China see their economies slow.

It comes as the war in Ukraine, rising prices, higher interest rates and the spread of Covid in China weigh on the global economy.

In October the IMF cut its global economic growth outlook for 2023.

“We expect one third of the world economy to be in recession,” Ms Georgieva said on the CBS news programme Face the Nation.

“Even countries that are not in recession, it would feel like recession for hundreds of millions of people,” she added.

“While our baseline avoids a global recession over the next year, odds of one are uncomfortably high. Europe, however, will not escape recession and the US is teetering on the verge,” she said.

The IMF cut its outlook for global economic growth in 2023 in October, due to the war in Ukraine as well as higher interest rates as central banks around the world attempt to rein in rising prices.

Since then China has scrapped its zero-Covid policy and started to reopen its economy, even as coronavirus infections have spread rapidly in the country.

Ms Georgieva warned that China, the world’s second largest economy, would face a difficult start to 2023.

The IMF is an international organisation with 190 member countries. They work together to try to stabilise the global economy. One of its key roles is to act as an early economic warning system.

Ms Georgieva’s comments will be alarming for people around the world, not least in Asia which endured a difficult year in 2022.

Inflation has been steadily rising across the region, largely because of the war in Ukraine, while higher interest rates have also hit households and business.

Figures released over the weekend pointed to weakness in the Chinese economy at the end of 2022.

The official purchasing managers’ index (PMI) for December showed that China’s factory activity shrank for the third month in a row and at the fastest rate in almost three years as coronavirus infections spread in the country’s factories.

In the same month home prices in 100 cities fell for the sixth month in a row, according to a survey by one of the country’s largest independent property research firms, China Index Academy.

On Saturday, in his first public comments since the change in policy, President Xi Jinping called for more effort and unity as China enters what he called a “new phase”.

The downturn in the US also means there is less demand for the products that are made in China and other Asian countries including Thailand and Vietnam.

Higher interest rates also make borrowing more expensive – so for both these reasons companies may choose not to invest in expanding their businesses.

The lack of growth can trigger investors to pull money out of an economy and so countries, especially poorer ones, have less cash to pay for crucial imports like food and energy.

In these kinds of slowdowns a currencies can lose value against those of more prosperous economies, compounding the issue.

The impact of higher interest rates on loans affects economies at the government level too – especially emerging markets, which may struggle to repay their debts.

For decades the Asia-Pacific region has depended on China as a major trading partner and for economic support in times of crisis.

Now Asian economies are facing the lasting economic effects of how China has handled the pandemic.

The manufacture of products such as Tesla electric cars and Apple iPhones may get back on track as Beijing ends zero-Covid.

But renewed demand for commodities like oil and iron ore is likely to further increase prices just as inflation appeared to have peaked.

“China’s relaxed domestic Covid restrictions are not a silver bullet. The transition will be bumpy and a source of volatility at least through the March quarter,” Ms Ell said.

The impact of tech innovation in the...

How much gold jewelry can an NRI...