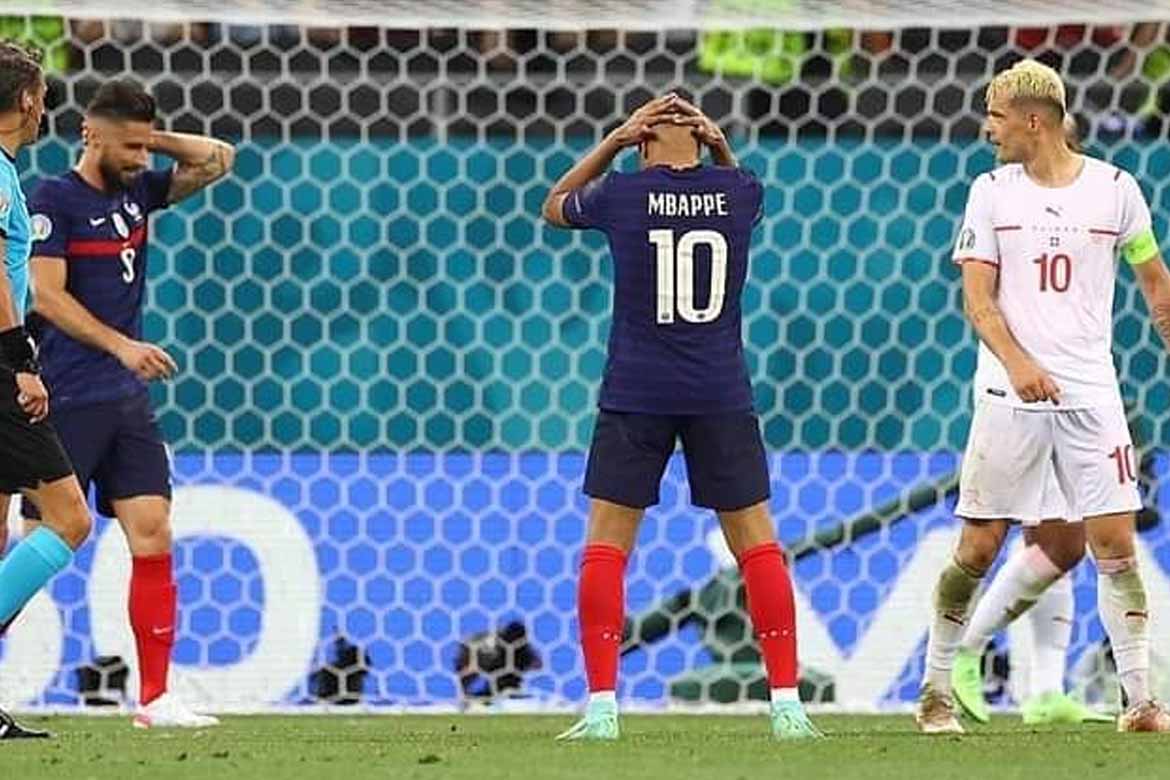 Switzerland’s Yann Sommer saved France striker Kylian Mbappe’s spot-kick to secure a 5-4 penalty shootout win following a thrilling 3-3 draw after extra time on Monday as they advanced to the Euro 2020 quarterfinals where they will meet Spain.

The Swiss took a shock lead in the 15th minute when Haris Seferovic rose to head home Steven Zuber’s cross, and they could have had a second from the penalty spot early in the second but Hugo Lloris saved from Ricardo Rodriguez.

Karim Benzema struck twice in 103 seconds and Paul Pogba added a sumptuous strike to put France 3-1 up with 15 minutes to go, but Seferovic headed his second goal in the 81st minute before Mario Gavranovic fired a last-gasp equalizer

France substitute Kingsley Coman fired a thundering drive off the bar in the dying seconds as the game finished 3-3 and went into extra time, with neither side able to score in the allotted 30 minutes.

Both sides had chances in the extra 30 minutes but poor finishing meant the game went to penalties, where Mbappe’s disappointing tournament was summed up with the unsuccessful kick that sent France packing, Sommer diving to his right to make the save that sent remarkably sent Switzerland through 5-4 in the shoot-out.